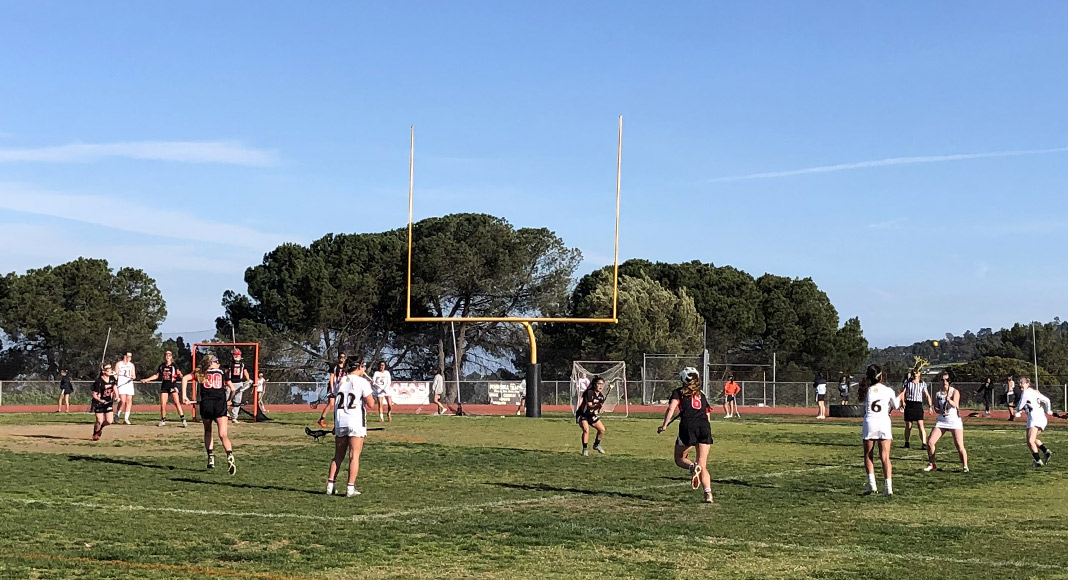 Picking up right where its offense left off Thursday, the top-ranked Sea Kings girls jumped out to an early lead and rolled past host Peninsula 17-3 in a Bay League matchup.

Freshman Harper Skeie opened the scoring only 30 seconds into the match, and with the Sea Kings winning 62 percent of draws — 10 by Kendall Hoyt — the offense went to work. Hoyt (5g) led the way, with Brooke Merchant (4g, 1a), Abbie Merchant (3g, 1a), McKenzie Olsen (3g) and Skeie (2g, 1a) filling up the scoresheet.

Goalie Lily Vancans made eight first-half saves to anchor the defense for Palos Verdes (5-0). Aubrey Fixen took the crease in the second half and recorded three saves.

Friday was the second of four consecutive road games for the Sea Kings, who travel to Westview (San Diego) on Monday then take a two-week break before a regional showdown at No. 3 Westlake on April 10.

Peninsula (4-5) returns to action Wednesday in a Bay League game at home against No. 15 Mira Costa.