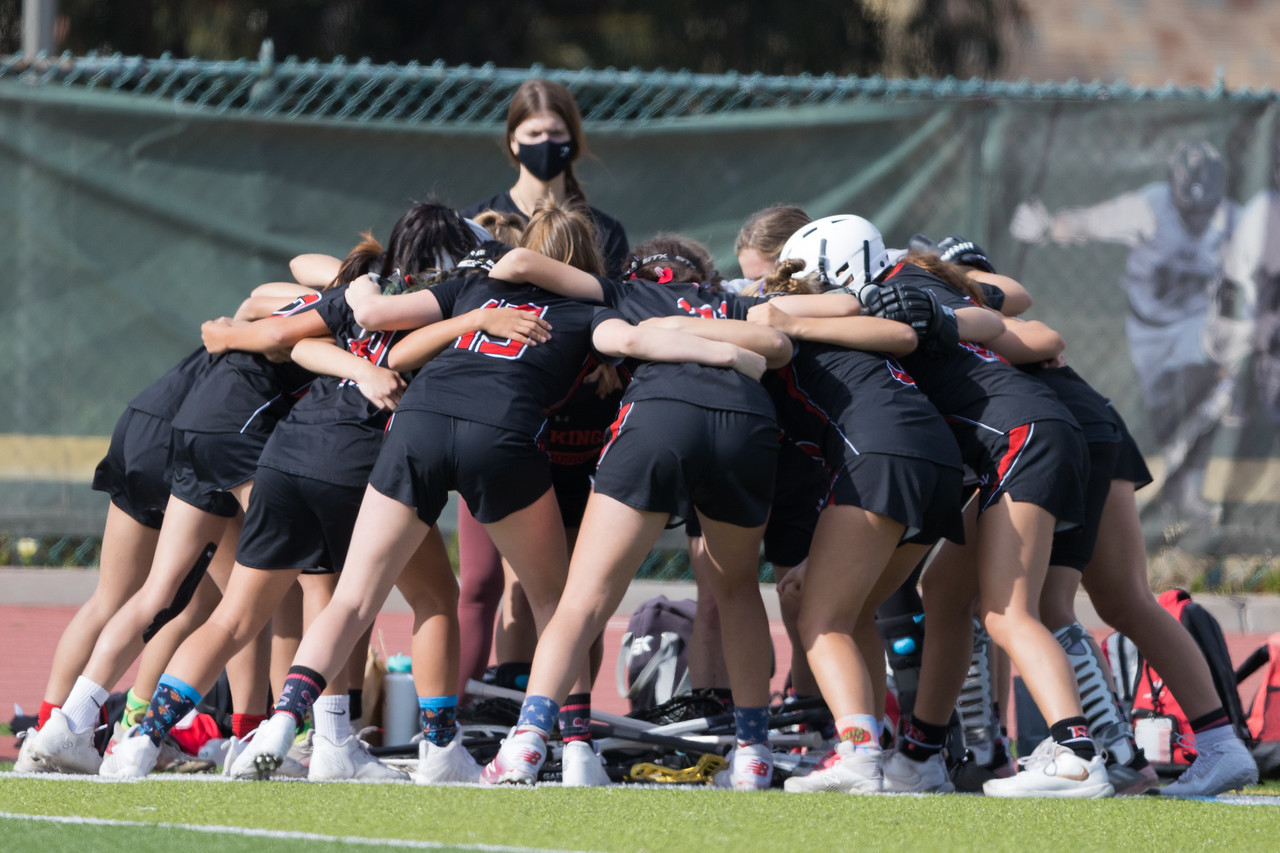 Bay League play began on Monday with a tilt between two undefeated teams, No. 6 Palos Verdes and Mira Costa.  Due to last season’s cancellations, the Mustangs and the Sea Kings were facing off against one another for the first time in two year. PV overpowered Mira Costa with a big second half to topple Mira Costa 17-2.

Tensions were high and the play was physica, leading to a low scoring first half that closed with Palos Verdes owning a 5  – 1 advantage.  Mira Costa’s physical play caught the attention of the officials who handed the Mustangs three yellows early.  A fourth yellow card in the second half  forced the Mustangs to play man down not only for the 4th time in the game but also for the last five minutes of the game.

PV got loose in the second half with 12 goals and has been the story all season unleashed their offense from multiple weapons with four players netting hat tricks.

PV’s junior captain Harper Skeie earned back-to-back Player of the Game honors with this stat line: 6g, 3a, 5 cto, 2gb, and 75% draw control.  Sophomore Sarah “Sparky” Park was seeing Triple with a 3g ,3a and 3 draw controls. Senior captain Emily Typrowicz contributed three goals and an assist and sophomore Kyra Schmid posted three goals and three wins in the circle.  Junior Sophia Aguirre had a pair of goals and assisted on another.

The Sea King defense held their opponent to single digits for the fifth time in five tries. Defensive standouts include senior Ashley Swift with a CTO, and junior Courtney Sugano with two CTOs. PV is holding opponents to under a 5 goal/game average through these 1st 5 games.

Up next for PV is trip to St. Margaret’s on Saturday at 1:30. The Sea Kings will try to avenge their loss to the Tartans in the 2019 LA vs OC Championship game. Mira Cost host Crescenta Valley today at 4 pm.