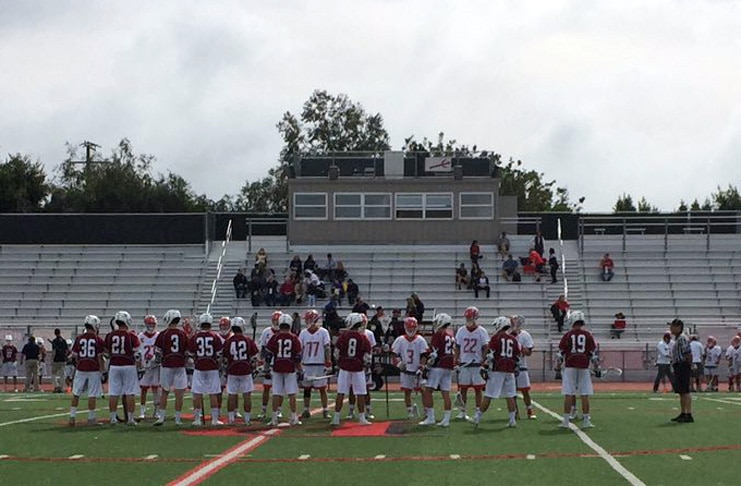 Second-ranked Palos Verdes made a late run at Orange County No. 4 St. Margaret’s on Saturday, but it came up short, and the Sea Kings lost 8-7. It marked the third time in the last four years PV has lost its season opener. That fourth one, the victory, was an overtime win at Crespi in 2015.

Palos Verdes will be back on the field Thursday, but it doesn’t get any easier. The Sea Kings face Brighton HS (Utah), the defending Utah Class A state champion, in a 7 p.m. game at Mira Costa. Brighton, which went 19-2 last year, plays at Santa Margarita Catholic on Saturday.

Saturday against St. Margaret’s, things started slowly for both teams until junior middle Beau Sabosky got Palos Verdes on the board late in the first quarter. Junior Jack Collins, a transfer from Connecticut who is committed to Bucknell, also scored, and PV led 2-0 after one quarter.

But penalty trouble cost the Sea Kings late in the second quarter, when St. Margaret’s scored three quick man-up goals to take a 3-2 lead into the break.

Each team scored twice in the third quarter, PV tying the game at 3-3 and 4-4 but St. Margaret’s re-taking the lead each time at 4-3 and 5-4. The Tartans began to pull away in the early part of the fourth quarter, eventually leading 8-5 before the Sea Kings mounted a comeback.

Senior Austin Lowi fed senior Jack Larkin to make it 8-6, then Collins fed Lowi on a man-up to make it 8-7. Palos Verdes managed to squeeze off four shots in the final 40 seconds in an effort to tie, by the St. Margaret’s goalie turned them away.

Five Sea Kings scored Saturday: Senior John Gressett and Collins each had two goals and one assist. Lowi, Larkin and Sabosky each scored once.