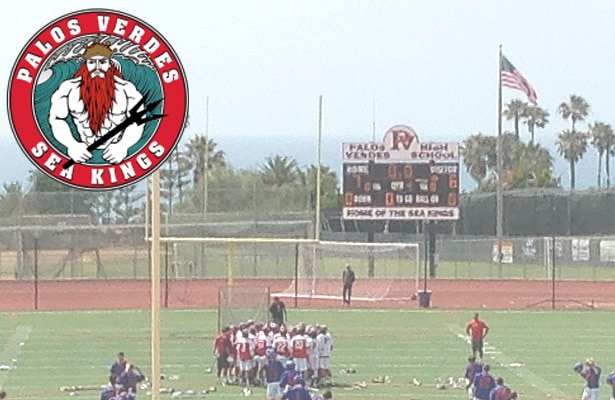 After opening the season with back-to-back road losses and dropping from No. 1 in the coaches poll to No. 4, Palos Verdes finally broke into the win column Monday in its first home game, beating No. 6 Thousand Oaks 13-4.

The Sea Kings jumped out to a 3-0 lead after one quarter and made it 4-0 early in the second before goals by the Lancers’ Dillon Pentis, Alex Ditto and Zac Asbury made it 3-0 with a few minutes left before halftime. But PV responded, scoring two quick goals to carry a 6-3 edge into the break.

Thousand Oaks didn’t score again until Asbury notched his second goal with about six minutes left in the game, a scoring drought of more than 20 minutes, after which the Sea Kings led 11-4.

Last week, Palos Verdes opened with a 9-8 loss at No. 3 Westlake and followed that with a 10-6 loss at defending US Lacrosse section champion St. Margaret’s. The Sea Kings are home Friday against Santa Margarita Catholic. Thousand Oaks is home to Calabasas on Wednesday and to No. 5 Agoura on Friday.

Information provided by Palos Verdes Lacrosse and taken from @tohslacrosse on Twitter.