No. 2 Palos Verdes Bounces Back to Beat Agoura 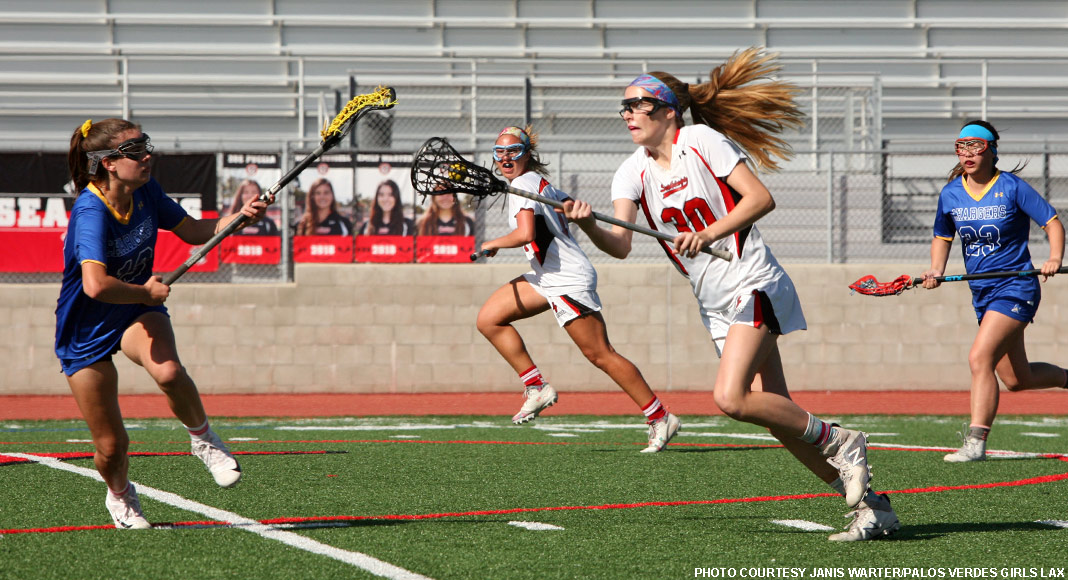 The second-ranked Palos Verdes girls rebounded from Friday’s surprising loss at Cate School with a decisive 14-7 win against No. 7 Agoura on Wednesday, affirming that the loss to Cate might have been at least a bit of a fluke.

The Sea Kings had beaten then-No. 1 Redondo Union on March 28 and took over the top spot in the US Lacrosse/MaxLaxLA coaches poll the following weekend. But a 17-5 loss at Cate raised some eyebrows — and dropped the Sea Kings back to No. 2 in the poll, behind Redondo. PV was without sisters Kelly Hoyt and Kendall Hoyt for that loss.

Wednesday, with the team at full strength, the Sea Kings (9-3) handled the Chargers (4-6) — but not without some trouble.

Agoura took an early 4-1 lead, and Palos Verdes was a bit sloppy, finishing with 22 turnovers in the game, but having the Hoyt sisters back in the lineup made a huge difference. After that early deficit, the Sea Kings outscored the Chargers 13-3.

Palos Verdes plays at home against Poway on Saturday then Mira Costa on Tuesday before their much-anticipated rematch at No. 2 Redondo Union on April 20.