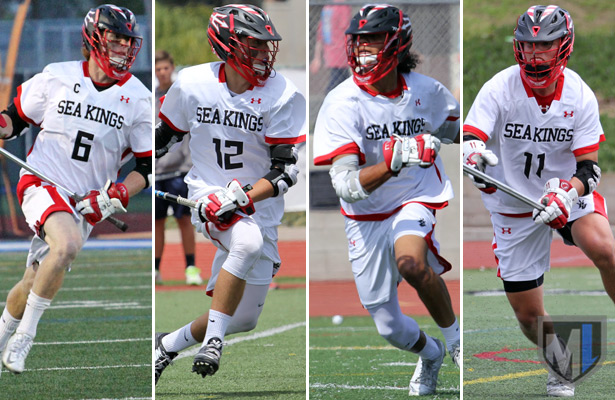 The seniors on the Palos Verdes lacrosse team have never finished a season without winning at least three playoff games. Twice, they have won four, including the 2014 and 2015 LA title games. But they have never won five, losing the Southern Section championship game to Foothill in 2014 and St. Margaret’s last year. Could the Sea Kings, voted No. 1 in the preseason coaches poll, become the first LA team to beat an Orange County squad and win it all? Our Palos Verdes 2016 preview:

2015 recap: The Sea Kings lost only one game to an LA team last year, 5-4 in overtime to neighborhood rival Peninsula. Their other losses were to San Diego teams (La Costa Canyon and Cathedral Catholic) and Orange County teams (St. Margaret’s twice and Foothill). In all, PV played the third-toughest schedule in the Southern Section, according to LaxPower.com.

Nevertheless, the Sea Kings shared the Bay League title, reached the US Lacrosse Southern Section North title game for the fourth year in a row, and won that title for the third time in those four trips. But for the second year in a row — and third time in four trips — they came up short against the South champ from Orange County.

2016 Outlook: Two-time All-Americans Stanny Gilbertson (Hobart) and D McCann (Duke) graduated, but the Sea Kings still return an all-star lineup. There are at least two college-committed players at every position except goalie (where there is one). As is fitting for a team with this much talent, Borell once again has stacked PV’s schedule with challenges, starting March 7 at Westlake — a rematch of last year’s semifinal game — and March 11 at St. Margaret’s.

Nothing will come easy this year with teams like No. 2 Loyola and No. 3 Westlake, among others, aiming to take the Sea Kings down. But it would not be surprising at all to see PV’s Class of 2016 win another three playoff games … maybe even four … do we hear five?