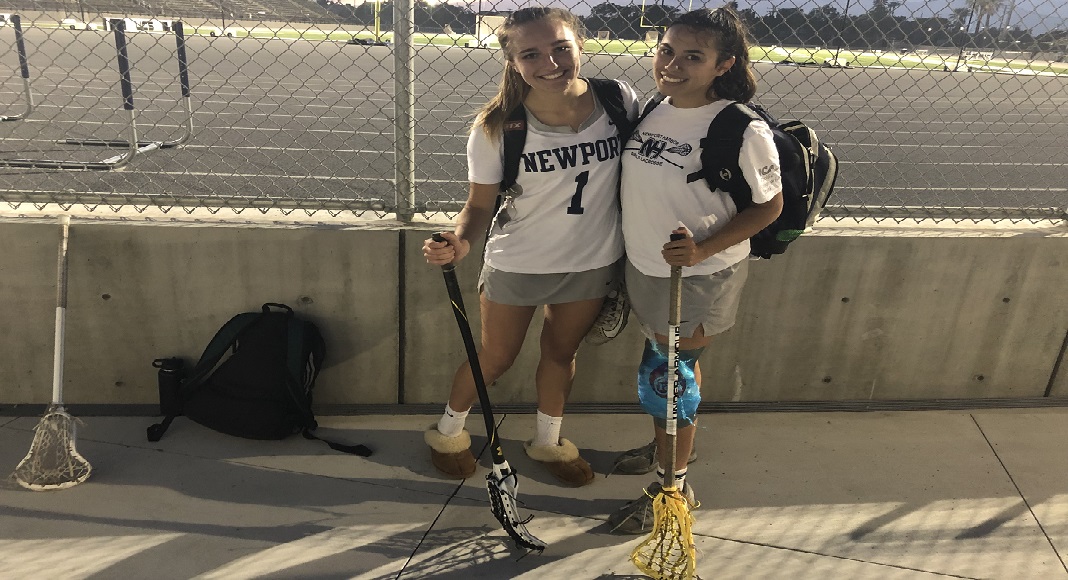 “We fought hard, we continued to fight regardless. It was 8-1 at one point and regardless of that, we never gave up. We worked as a team, we were scrappy and we all believed in ourselves,” Sailors coach Brooke Martini said.

The Sailors who were playing just their second game in 15 days, started the game like they were still on Spring Break.  Poway took advantage of the Sailors’ rust and jumped out to an 8-1 lead.  It was not until Camdyn O’Donnell, the Titans’ leading scorer, was hit with her second yellow card that the Sailors offense started to flow.

The Sailors made the most of the extra player opportunity, as they scored three goals in the two minute span and added another goal to cut Poway’s lead down to 8-5 entering halftime.

“We were all pretty excited to get back in, but also, it meant that when we did come in, we were thinking a lot rather than trusting our instincts. Once we figured out how to play fluidly again, things started to click,” Knipp said

With the Titans leading 9-6 after a goal from Madalyan Smith, the Sailors made their comeback, as they got goals from Knipp and Joelle Rothbard to cut the Titans’ lead down to 9-8, forcing them into another time out at the 11:34 mark. The Titans answered back with another goal from Smith, pushing their lead back up to 10-8.

With 2:26 left, Newport Harbor responded with another goal from Knipp, cutting the Titans’ lead down to 10-9. 35 seconds after Knipp’s goal, one of the Titans’ players got yellow carded, which left them down a player the rest of the game.

With 31 seconds left, Martini called time out to draw up a play to tie the score. After the time out, the Sailors found an open Palmquist, who scored with 11 seconds remaining, tying the game at 10-10.

On the ensuing draw control, Knipp won it, charged down the field and scored just as the horn sounded, giving Newport Harbor its only lead and the win.

“I also think it came down to smart decisions. In the beginning, we were a little frazzled, we’re playing a really big team from San Diego and once we got a couple goals off, I think we realized we had this game if we protect the ball and make the smartest decisions then we can come back,” Palmquist said.

Knipp led the Sailors with four goals while Rothbard and Olivia Gritzmacher each had two goals. Palmquist, Mary Jones and Mariana Miller each had one goal.

Poway was led by Bella Corona who had three goals while O’Donnell and Smith each had two goals. Isa White, Erin Steinhour and Annalisa Flud each had one goal for the Titans, who got 11 saves from Catherine Farrish.

“I think Poway is a great team. They’re very well-coached, they have an extremely good goalie and they’re aggressive,” Martini said of Poway.

After the game, the two teams enjoyed a well-deserved meal in the Sailors’ team room.