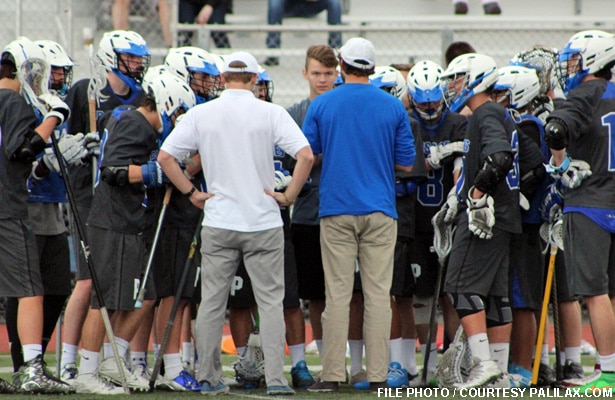 Palisades broke open a 6-6 halftime tie in the second half and pulled away for the victory. The Sea Hawks actually scored the game’s first goal, but that would be the last time they held the lead.

Junior middie Brandon Kay controlled the face-off dot for the Dolphins, leading to a lot of fast breaks. Palisades coaches said the game felt like it was played mostly in transition, with fewer settled plays for each team.

The Pali coaches also singled out the defensive play of senior LSM David Parris and the offensive contributions from freshman middie Jack O’Rourke (2g, 1a). Joey Hamwi, Zane Daily, Cooper Lee (1g, 1a) and Jack Sandy also scored for the Dolphins, and Blake Appleby picked up one assist. Rissone and Takakjian each had two assists, as well.

Andrez Stauring led the Sea Hawks with three goals, and Joshua Bettger and Joey Shy each scored two. Griffin Keith, Ryler Cruz and Paul Cart rounded out the Redondo scoring with one apiece.

Palisades takes its 6-0 record into a two-week break, after which the Dolphins face No. 10 Mira Costa and No. 20 Birmingham two days apart, March 30 and April 1.