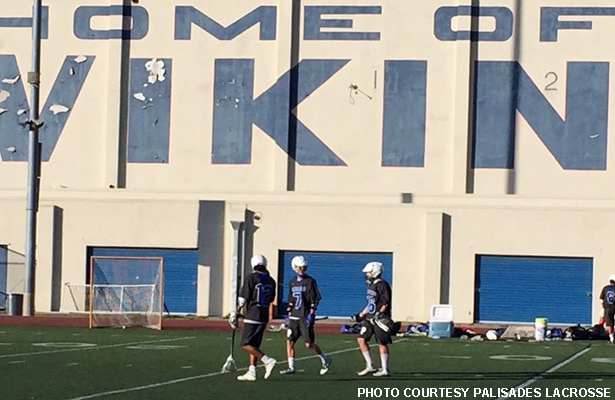 No. 17 Palisades managed to slow down the Santa Monica offense on Thursday, holding the Vikings in check for a 14-4 nonleague win, the Dolphins’ 10th win of the season.

Before Thursday, Santa Monica had averaged more than 11 goals per game. In their five previous games, the Vikings (7-8) had scored nearly 15 goals per game.

But Palisades (10-2) can score in bunches, as well. The Dolphins average more than 12 goals per game, and Thursday they exceeded that. Sophomore attack Macchio Rissone led Palisades with five goals and three assists, and freshman middie Jack O’Rourke scored three goals.

The Dolphins have three games remaining, including contests against Culver City and Brentwood that could factor into playoff seeding and a home game against Birmingham on April 29 that will determine the City regular-season champion.