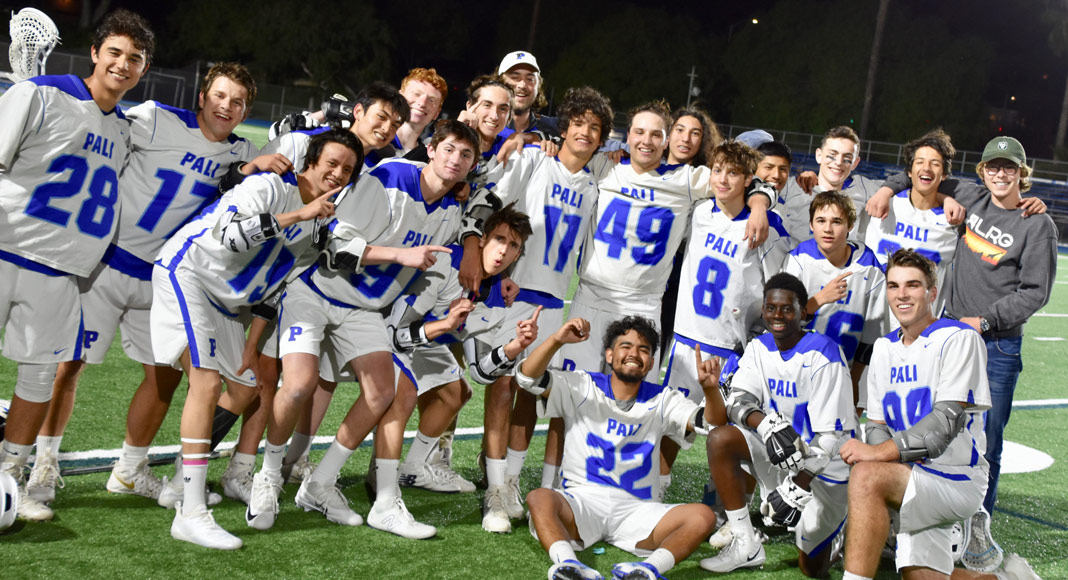 Host Palisades, ranked No. 11 and seeking its first win over a Top 10 opponent, rode a 10-0 scoring run over the second and third quarters to build a 14-8 lead Thursday, then held off a furious rally by No. 10 Mira Costa to claim a 15-13 victory.

It was the first time the Dolphins (9-4) had beaten the Mustangs (8-4) in three seasons, and it was Pali’s first win over a Top 10 opponent this year after previous losses to Harvard Westlake, Chaminade, Westlake and Agoura.

Mira Costa very nearly joined that list, jumping out to a 7-3 lead after one quarter and seeming poised to control the tempo.

But Milo Sherman, the Dolphins’ sophomore face-off specialist, found his rhythm, and Palisades rattled off five unanswered goals in the second quarter — two from senior Macchio Rissone — to lead 9-8 heading into halftime.

The Dolphins’ run continued after the break, with Alessandro Caso capping the third quarter with a dunk on the crease to push Pali’s lead to 14-8.

Costa finally found some offense, though, scoring for the first time since early in the second period, the ripping off four more to pull within 14-13 in the final minute. With the Mustangs scrambling for a take-away and an opportunity to tie, Pali’s Aidan Caso scored an insurance goal on a feed from Rissone for the final margin.