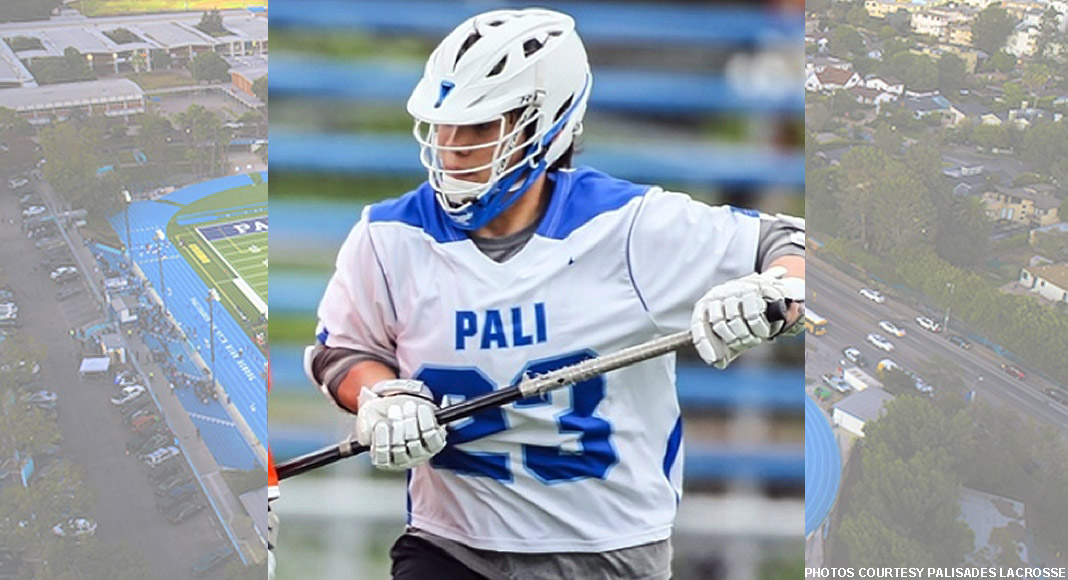 The 6-foot-3, 200-pound defender only began playing lacrosse in the summer before his freshman year at Palisades under Coach Kevin Donovan. In the past three years, Kyle has helped the program become a Top 10 contender in the LA area of the Southern Section while capturing three LA City Section championships.

“Kyle has worked very hard on and off the field,” Coach Donovan said. “He has put in the extra hours in the classroom and in his lacrosse training, which has allowed him to progress to the level he is at now. I am very proud of him and happy for his entire family. Kyle is a great kid and hard worker who has a bright future ahead of him.”

“They are really excited about his overall ability,” Donovan said. “They loved his work ethic, athleticism and focus as a student athlete, which is why they felt he was a great fit for their program.”

Donovan said Lee spent the majority of his 2017 summer and fall on the east coast, attending numerous tournaments and prospect camps. Most of his offers and interests came from attending the prospect camps of highly targeted schools, as well as playing in East Coast tournaments with the Long Island Sting club team, run by Coach Ken Miller.

Lee received offers and interest from the likes of Princeton, Penn, Villanova, Fairfield, Amherst, Colorado College, Middlebury and Wesleyan, among others.

Although he had many choices, Lee said Brown clearly rose to the top over the course of his recruiting process.

“I met the Brown coach (Mike Daly) at my first recruiting event last summer,” Lee said, “and over the next six months I attended Brown prospect camps, as well as multiple events where I knew Coach Daly would be attending. After my first visit on campus — meeting the team, coaches, and seeing the school — I knew it was where I wanted to be. The great academics and the excellent lacrosse program make it the perfect school for me.”

He credits his older brother Cooper Lee, currently a junior starting LSM at Colorado College for convincing him to give up soccer and grab a lacrosse stick during eighth grade, starting his lacrosse career. He said his brother also has been one of his greatest supporters.

Lee missed the majority of his junior season at Palisades with a foot injury, and he credited his family and his coaching staff for pushing him through the healing process.

Most importantly, he credits Palisades and Club Pacific coach Donovan.

“Coach Donovan came to Pali during my freshman year and completely changed the culture at Pali and the course of my career,” Lee said. “Donovan transformed me from a lacrosse newbie sitting on the bench my freshmen year, to a starter my sophomore year. He always believed in me and saw my potential. Playing club lacrosse under Coach Donovan, every year since the eighth grade, transformed me into the player I am today.”

Kyle looks forward to continuing his development over the course of his senior season, doing whatever he can to leave Pali lacrosse on a high note this spring before he looks onwards to attending Brown University.