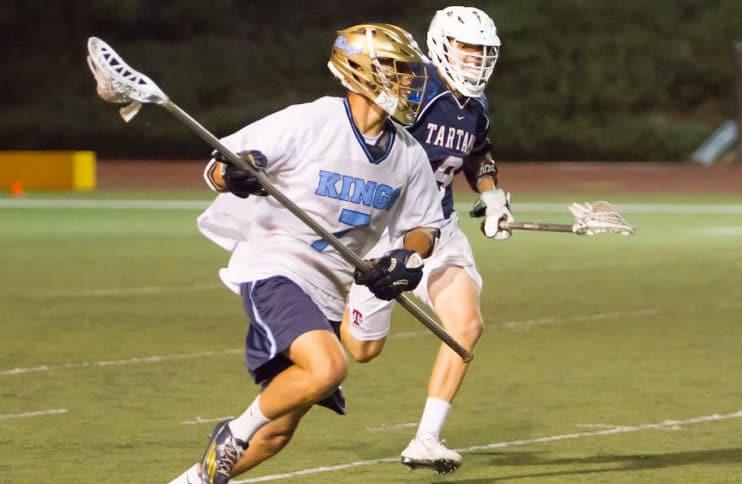 Jordan Pakzad (Corona del Mar ’17) was one of 11 newcomers announced by the Rutgers men’s lacrosse team this week.  Pakzad, who was named Player of the Year in May by the Orange County Chapter of US Lacrosse, is one of three incoming defensemen.

The group of newcomers also includes one goalkeeper, two midfielders, three attackmen and two faceoff specialists. Geographically, the group boasts five New Jersey natives, along with representatives from New York, California, Georgia and Texas. Ten players enter as freshmen, while one comes as a transfer from Towson, a 2016 Final Four team.

The Scarlet Knights finished 2017 with a 10-4 record, recording back-to-back 10-win seasons for the first time in program history. The team recorded four ranked victories and spent some time ranked as number one in the nation after jumping out to an 8-0 star.

Notable games included an overtime loss to Maryland, the eventual national champions, and a season-ending victory over Ohio State.  Ohio State was ranked no. 3 at the time.

Pakzad will wear no. 32 for the Scarlet Knights.  His team bio is presented below.