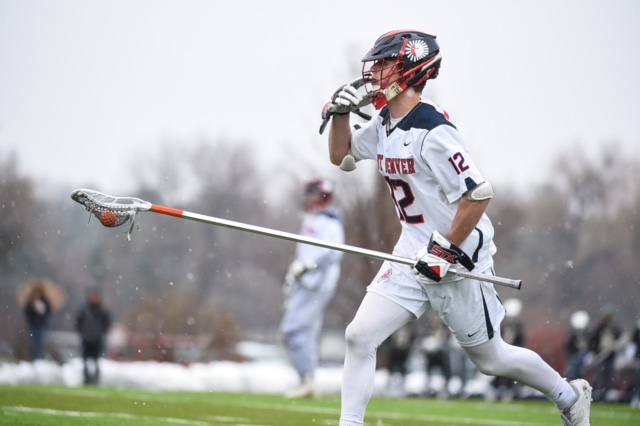 Princeton just got one helluva player in Class of 2020 Pace Billings of Kent Denver. The athletic, physical LSM committed to Princeton on Tuesday, per his high school and club coach Ben Brenneman. For someone who picked up a pole only a few years ago, his ascension from well-rounded short stick to lock down D-I LSM is an inspiring tale of hard work, dedication and multi-sport athleticism.

When his middle school club coach, Jake Herman, put a pole in Billings’ hand, no one had any inkling that he would grow into a dominating defensive force in Colorado. But Pace Billings had an ace up his sleeve: elite athleticism and a team-first, competitive mindset, honed by years of playing soccer, basketball and lacrosse.

“Pace could play any position and be a starter on our team,” exclaimed Coach Brenneman as we discussed what made Billings such a special player. Playing with a supreme confidence and non-stop motor, Billings’ mere presence on the field lifts teammates and makes them accountable: He truly leads by example, Brenneman explained. Versatility was another word that kept popping up: “Pace can cover the best attackman or middie on the opposing team and not just survive but thrive, taking the ball away and pushing offensive transition.”

Pace is yet another example of dynamic, multi-sport athletes that make coaches salivate due to their ability to assimilate into a team and instantly add a higher level of competition, sports IQ, and leadership.

Billings wasn’t always a dominant force. He had to fully commit himself to the classroom, weight room and multiple playing fields to achieve his goal of being accepted to a D-I program.

MaxLax caught up with Pace Billings to discuss his journey from novice LSM to Princeton commit:

So you kind of fell into playing LSM; tell me how that happened?

“During my 7-8th grade summer, one of our poles got injured, and Coach Herman gave me a pole and said, ‘You’re a pole now.’  I was a pole from that day on.”

How did other sports help your lacrosse game, especially your development as an LSM?

“Playing other sports was huge; soccer helped my footwork and conditioning, while playing point guard on the basketball team really helped my offensive game in transition, pushing the tempo and being a scoring threat. Playing soccer and basketball not only keeps me in shape and builds skills, it also keeps me fresh. I’m always excited for the upcoming seasons and don’t burn out.  Also, playing other sports taught me that everyone has an important place on the team, no matter your position or stature.”

What are some of your personal and team goals that you’d like to accomplish before you graduate?

“I’d love to win a state championship.  Playing in the title game last year only made me hungrier to return and win it all. Personally, I’d like to continue to grow as a player, and my goal is to make the All-State and All-American teams.  I’d also like to do well on the summer circuit and represent Colorado well.”

Coach Brenneman said,”Pace had OK grades his freshman year, but he stayed with it and now he’s going to Princeton.” What advice would you have for fellow student-athletes that have goals to play sports in college?

“It all matters from your freshman year and beyond. Coaches and schools don’t just look at one year of your high school career and make a decision. Even though I didn’t start out the strongest, I buckled down, worked hard and was focused on always improving semester by semester.”

You drew interest from many other top D-I schools; what made you decide that Princeton was the one for you?

“I really love the coaching staff and the fact that I felt wanted. I wasn’t just another guy; the program has a family feel; it felt like home. A Princeton degree is also very special and positions you well for your future.”

Lastly, do you have anyone to thank for your success?

“I’d like to thank my family; especially my parents, for all of the time and effort that they put in supporting all of my endeavors.  Also, I’d like to thank my friends for keeping me focused and on track. Coach Herman, who put a pole in my hand and told me I was meant to do this. All my coaches at Kent: Coach Brenneman, Ryder and Papa. Thank you!”