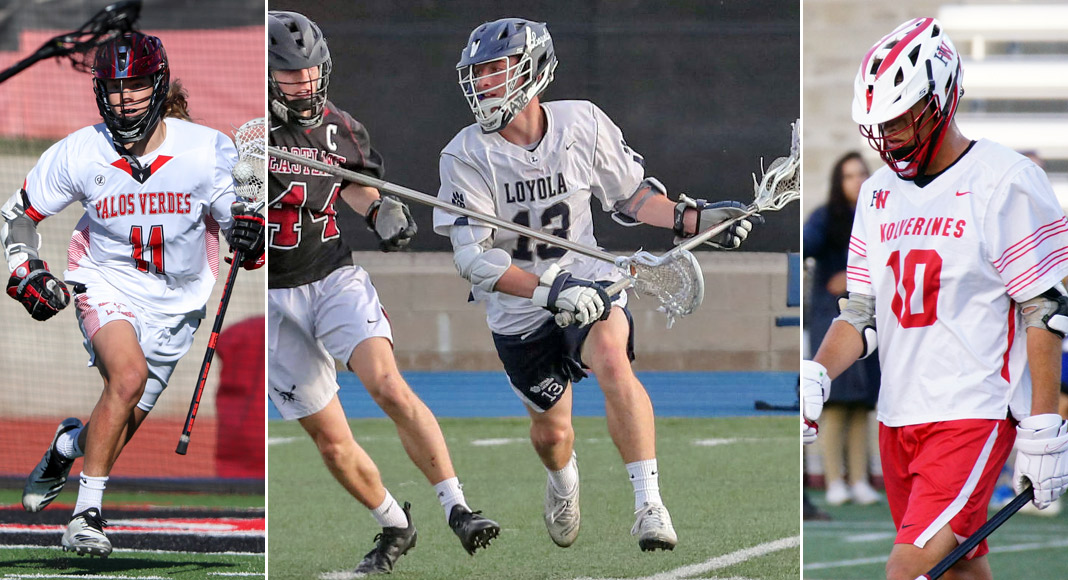 Sophomore Owen Gaffney of four-time LA champion Loyola was named Player of the Year on the 2019 All-Area Boys Lacrosse team announced this week.

In all, the 2019 All-Los Angeles Boys Lacrosse Team listed 14 underclassmen.

The 2019 list also had a number of repeat honorees, including junior Cole Garvey (Mira Costa), senior Logan Soelberg (Crespi) and senior Mitch Myers (St. John Bosco), who were named first-team all-area as both juniors and seniors.

Econn earned DPOY honors as a senior after earning a spot on the second team last season. Senior Will Kupiec (Loyola) and junior Shane McAusland (Loyola) both earned first-team honors this year after being named to the second team a season ago, as did senior Neil Randall of Palos Verdes.

This year, it appears the postseason honors list — called the “All-Los Angeles” team on the list provided to MaxLax — is made of players from the Mission, Bay, Gold Coast, Ocean and City leagues, along with players from teams who are not aligned with a league.