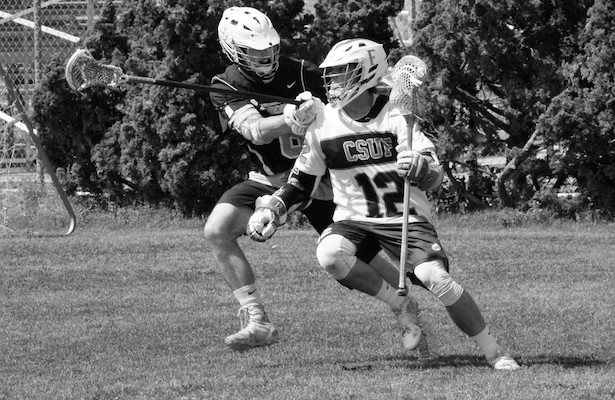 The first round has been completed and the semifinals are set for the Southwestern Lacrosse Conference (SLC) tournament, which begins this Friday at La Costa Canyon High School, and runs through Sunday when a champion will be crowned in both divisions.  Orange County will be well represented by Chapman in Division 1 and Concordia and Cal State Fullerton in Division 2.  All three teams earned a first round bye.

In round 1 of Division I, UC Santa Barbara fought off a fearless UNLV squad to advance to the semis where the Gauchos will meet defending national champion Grand Canyon. Arizona State pitched a shutout against USC to earn a date with undefeated and top-ranked Chapman in the other semi.

Northern Arizona dropped Cal State San Marcos in one of the Division II first round games, 19-10, setting up a matchup against last year’s national runner-up, Concordia-Irvine. On the other side of the bracket, San Diego advanced to meet Cal State Fullerton after routing Biola, 27-8.

The champions in both divisions will receive an automatic bid to the 2016 MCLA National Championships powered by Under Armour, which runs from May 9-14 in Orange County, Calif.

Visit the SLC Tournament website for information about purchasing tickets for the weekend. All four of the semifinals and both championship games will be streamed live via the SLC’s YouTube page.

Source: SLC Narrows Down to Semifinals