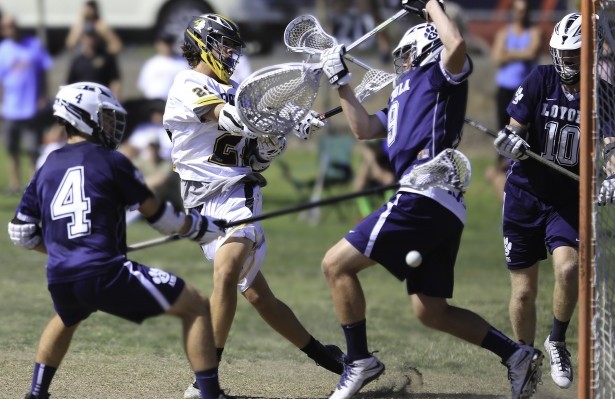 The Orange County Invitational will kickoff the CIF boys’ lacrosse season with seven Orange County and Los Angeles teams participating in the event.

Originally called the “Knights Challenge,” the OCI has opened the boys’ lacrosse season every year since 2007 according to Foothill boys’ lacrosse coach Jon Fox.  Foothill, Los Alamitos, and St. Margaret’s were the only three CIF teams that year. Recognizing the need to build excitement for the sport, the Original 3 got together and played in the first Knights Challenge at Tustin High School’s Northrop Stadium to open the season.  Foothill and St. Margaret’s have not missed a year since.

“The event is a great way to get the season pumping and build excitement and synergy among the high school teams,” Fox said.

The event will begin with a triple header on February 25 at Foothill High School and continue through March 11. The games will be played on Foothill’s new turf field.

Foothill:  The Knights have won seven Southern Section championships, most recently in 2014.  They, went 15-7 last year, bowing out in the County semi-finals to St. Margaret’s by a score of 11-8.

Great Oak: Great Oak went 17-3 last year under then-head coach Karl Rohlin and lost to Santa Margarita in round two of the playoffs by a score of 17-6.

Loyola: The Cubs are the reigning Southern Section champions.  They finished last season 20-4 and went 8-0 in the Mission League.

Oak Park: The Eagles went 8-10 last year under head coach Tarik Ergin and did not qualify for the playoffs.

Santiago: The Sharks were the Cinderella team of 2016.  In just their first year of CIF play, Santiago went 13-4 and reached the playoffs.  They lost to Foothill in the first round by a score of 20-6.

St. Margaret’s Episcopal: The Tartans won Southern Section championships in 2013 and 2015. They finished 12-8 last year and lost in the County championship to Corona Del Mar 11-9.

Yorba Linda:  The Mustangs have won the Empire League for the past four years.  They finished 2016 with a record of 10-9 and lost to Corona Del Mar by a score of 14-3 in the first round of the playoffs.

Wednesday March 1 (game to be played at Tustin High School)

Saturday March 4 (games to be played at Foothill High School)