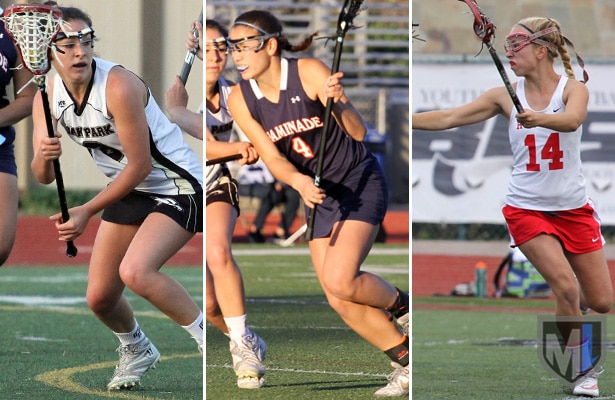 Little changed in the top half of the US Lacrosse/MaxLaxLA Coaches Poll this week, as Oak Park, Chaminade and Redondo Union remain Nos. 1, 2 and 3 coming out of spring break. In fact, nine of the Top 10 teams are unchanged, with only Mira Costa and Westlake switching spots at Nos. 9 and 10.

What is interesting, though, is how varied the voting is after No. 1, where Oak Park (8-0) was a unanimous choice on the 11 ballots cast.

Eight voters had Chaminade (8-2) at No. 2, while two had the Eagles third and one had them fourth. The Sea Hawks’ votes were spread even wider. Redondo (7-2) received three votes for No. 2, three for No. 3, two for No. 4 and three for No. 5. For what it’s worth, Chaminade’s losses were to Newport Harbor and at Oak Park, while Redondo’s losses were to Oak Park and at No. 4 Agoura.

Birmingham (9-1) apparently is even more of a mystery to voters. The Patriots were listed as high as No. 3 on one ballot but as low as No. 9 on two others. Birmingham’s lone loss was to Westlake in a tournament game.

With a month remaining before playoffs, though, there’s plenty of time for voters to get a read on the other teams and for the rankings to sort themselves out.