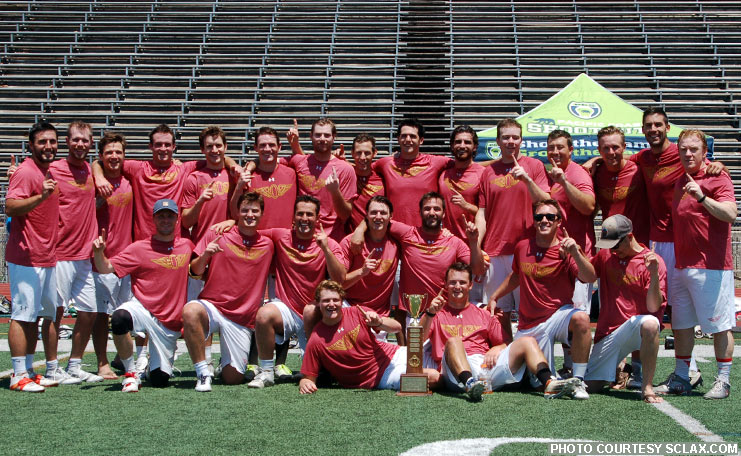 Stinn opened the scoring four minutes into the game off a Thieves turnover, taking a long clearing pass and redirecting it into the goal to put O Club up 1-0. The Thieves answered just a minute later on a goal from Spencer Robertson (Oregon) and we were tied 1-1.

Stinn scored again a few minutes later to put Olympic up 2-1, but Dakota Rohlin (Jacksonville) took a feed from Robertson and brought the Thieves even once again, 2-2.

Bitter picked up a loose ball on the doorstep and stuffed it, giving O Club a 3-2 lead at the end of the first quarter. Olympic had a slight edge at the face-off dot, going 3-of-5, but goalie Derrick Kravitz kept 40 Thieves in the game with six saves in the quarter.

The teams traded goals in the first part of the second quarter, with Matty Gillan (Sonoma State) pulling the Thieves even at 3-3 and Stinn scoring his third of the game off the ensuing face-off to put O Club up 4-3. The Thieves’ Robertson scored less than two minutes later, making it 4-4, but Olympic Club struck again on a goal from Billy Mattimore (Bucknell) to make it 5-4.

The Thieves scored the first two goals of the fourth to make it 11-8 with five minutes left, but Olympic added a final goal with three minutes to play to close it out.