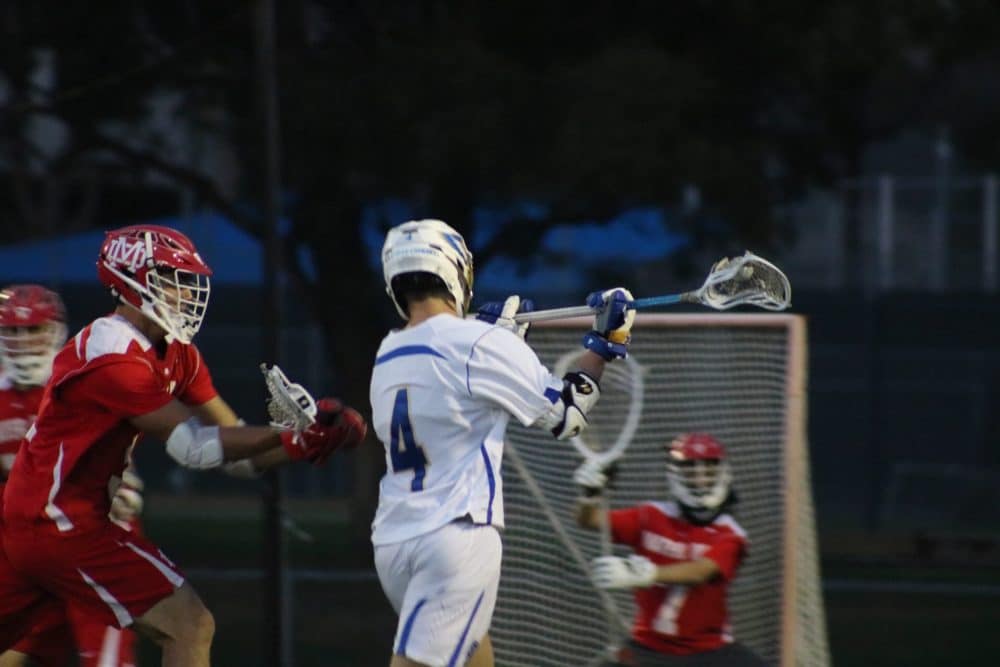 Ryan Olsker shutout Mater Dei in the first half and turned away 12 shots in the game to allow No. 4 Santa Margarita to run away with a  14-3 win over its Trinity League rival. Olsker even helped himself with an assist.

“Olsker played great in cage, yeah he killed it today,” Guy said. “He was stopping shots, he was great on his outlets, he had a very good game so yeah that was definitely one of his best ones.”

Tyler Wrightson (4 goals, 2 assists) and Michael Walsh (3g, 2a) were the major offensive catalysts for the Eagles who extended their Trinity League win streak to 15 games dating back to 2016 and have won four of their last five games.

Walsh got the Eagles going early in the game with the teams’ first goal and they collectively did not look back. Santa Margarita scored five in the first and three in the second and shutout the Monarchs in the process, taking a commanding 8-0 lead into the break.

“We started out very strong in the beginning and that was a big factor for us,” said Eagles head coach Adam Guy. “We’ve had some tough ones lately so it was good to get out there and have a run a little bit. We really set the tempo early in the game and that is what I was happy with.”

Offensively, Santa Margarita had their best quarter in the third with six goals in the frame. Mater Dei was able to get a couple of goals to go through the pipes in the second half, but it wasn’t enough to stop the Eagles and their 14-3 victory.

“Five goals on five shots [in the first quarter], that hurt us mentally,” said Monarchs head coach Johnny Rodriguez. “I don’t think we gave up on our effort, but we were kind of insecure. I think a lot of our guys stepped out of their game.”

The Monarchs received offensive contributions from Jack Brennan (1g), Matt Kane (1g), Joshua DeBono (1g), Sean Waterman (1a), and Ryan Binford (1a). Despite only amassing three goals on the night, Mater Dei was still swarming the net with 27 shots compared to 28 by the Eagles.

“The difference is [Santa Margarita] could put the ball in the net and we could not,” Rodriguez said. “Olsker played great, we had a lot of great opportunities to score. Great shots and [Olsker] was there. It was an even game. Possession time, shots were very even, but the score was 14-3. We play everyone close whether we win or lose by 10.”