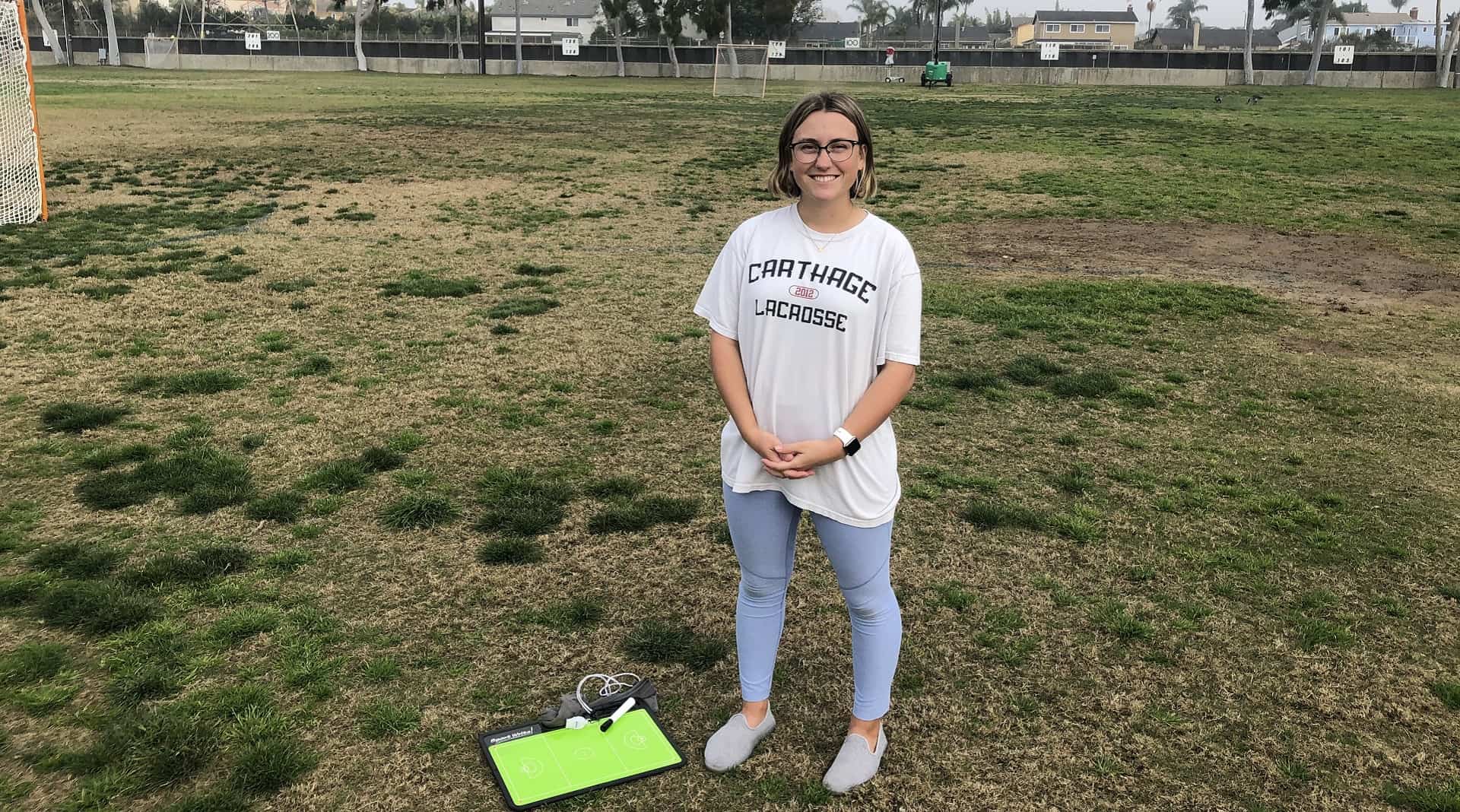 “It’s really exciting. They [Edison] have come so far in these three years, they have already become a force to be reckoned with so early on,” Smart said.

“Jon Fox helped me get started with coaching and then my high school coach helped me. I started coaching Foothill’s feeder program about five years ago,” Smart said.

Rob Hendrix, who coached the Chargers in 2018 and 2019 influenced Smart’s decision to accept the Edison position.  The two coach with one another at SoCal Express, and Hedrix was impressed enough with Smart’s coaching acumen to encourage her to apply for the Edison position.

“Rob and I coached at SoCal Express and he just kept asking me if I can come over [and coach at Edison]. Last year I coached Foothill’s JV team and I felt like I had given them all I can give them. It’s exciting to come to a new program,” Smart said.

Hendrix, who will take over as JV head coach, led the Chargers to a  26-11 record in his two years at the helm. Last year, the Chargers showed they are a program on the rise with competitive losses to more established programs such as San Juan Hills (6-3), Newport Harbor (8-6) and Los Alamitos (10-9 in overtime).

“For her young age she’s got a lot of experience, both as a player and as a coach. The way she connects with our kids, she was a natural fit. The kids like her and she does a lot of good things,” Boyce said.

“He’s (Hendrix) going to be a great guide for [Smart] and I think she’s learned a lot of things from Rob,” Boyce said. “For right now, I just need her to be the best Olivia she can be, coach as best as she can and keep doing what she’s doing.”

Smart said that she is excited about coaching at Edison and seeing the progress that her team has made. Smart said that she is also excited that the Chargers, who were placed in Division 1 for the upcoming CIF-SS girls lacrosse season, will be facing more competitive opponents such as Santa Margarita, Aliso Niguel and San Clemente.