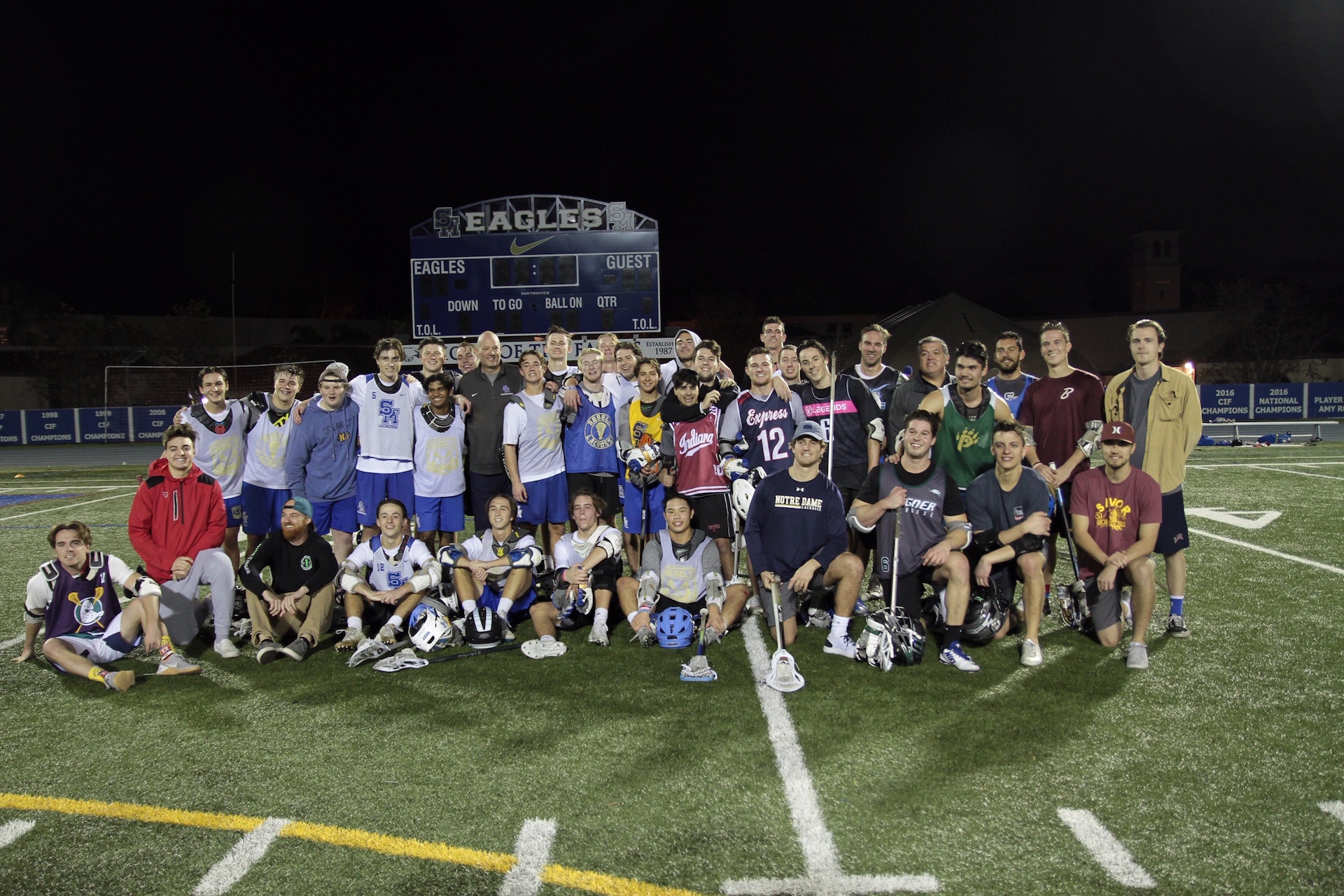 A short-handed Santa Margarita alumni crew rallied behind the savvy coaching and motivational urgings of coach JR Grubert (’06) to defeat the varsity 7-6 in the annual on-campus alumni game on Saturday.

Even with current Notre Dame freshman Quentin Buchman (’18) and Bellarmine freshman Matt Ury (’18) resting on the sidelines, Grubert who helped found the Eagles lacrosse program and was an original captain, still had enough weapons to scratch out the win. Nico Houser (’15) led the alumni with a hat trick. Former BU Terrier Hayden Ruiz (’14) added a goal and an assist. Current Bellarmine captain Eric Rubak (’16), Connor Ebner (’12), and Michael Walsh (’18) all tallied once to round out the alumni scoring.

Tyler Wrightson and Ryan You each tallied twice to lead the varsity. Jack Allender and Connor Kentros added one apiece.

The alumni making an appearance for the annual tradition included: