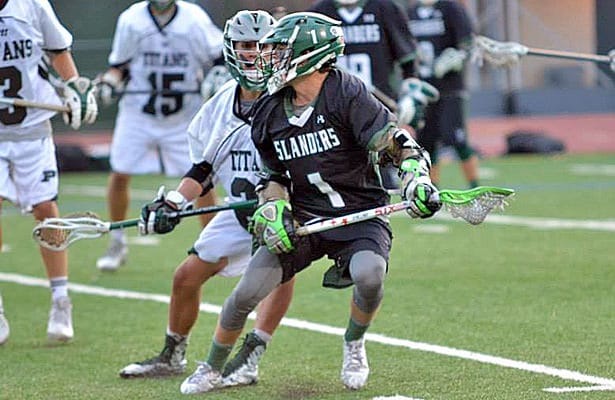 Coronado lacrosse coach Alex Cade says his team has one goal: “Win the last game.” That’s something the Islanders haven’t done since 2012, when they won the school’s third CIF title. Last year, the Islanders went 11-8 and reached the semifinals of the CIF Open Division before falling 9-8 to eventual champion Poway.

Coach Cade recently took time out to answer a few questions about his squad as we look ahead to next spring in our offseason check-in series:

What is the current state of your program? How does it look relative to previous years? Have you improved; are you rebuilding?

We are still a young but talented team with a core group of solid upperclassman leaders.

What is your team’s central philosophy?

Battle to the end for the guy next to you.

Who are some of your key returners at each position? Who are you going to rely heavily on? Any recent commitments?

Are there any newcomers fans should look out for? Will any freshmen make a significant impact?

I think the proof will be in the pudding for some of the young players. We are a systems-based program, so their ability to work within those systems will determine their success.

What are some goals you have for the season? Championship, or building talent?

Do you foresee any major challenges along the way? What do you think will be a major hurdle for your team?

The hurdles for us are the same in the beginning as the end. Will upperclassmen leadership push the players and team to achieve beyond their perceived skill level?

Who do you think will be some of the other top teams in the county? Who are you scared of?

Every game is a different challenge, and on any day upsets can happen. We need to be ready for each game equally.