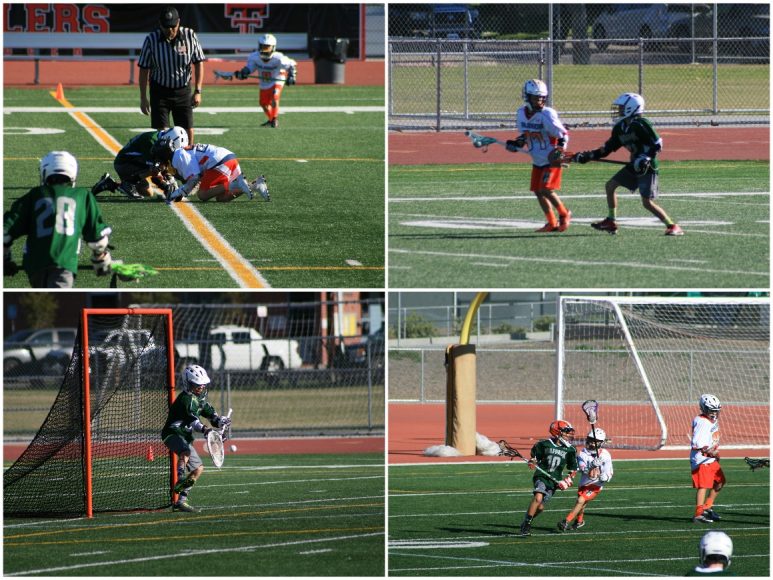 The final game of the season for the Wolfpack wasn’t all candy and roses given it was Valentine’s Day.  The early morning sunlight shining down on the East-facing goal at Tustin High School proved to be almost as tough an opponent as the Hewes Highlander’s White.  But the Wolfpack prevailed, in spite of the sun, the Highlanders tough defense and a few minor scrapes and jammed fingers.  Score leaders in this last game were Nolan, Ronan and Nicholas, all amply assisted by Andrew, Liam, Henry and Vince.

U15 OC Rebels Jedi Masters win 9-7 vs So Cal in last game of regular season.
This was a good tune-up for the playoffs for both teams with the the OC Rebels coming out on top. Sean Ibarra lead the way handling face off duties for much of the day and scoring multiple goals, also scoring today for the Rebels were Xavier Gerken, Matthew Guest, Connor Kentros.,Carson Poremba, and Max Horowitz. Strong Rebels defense and keeper Ryan Olsker helped propel the Rebels on this warm Sat morning.  Max Horowitz was easily the player of the game for OC Rebels with his outstanding ball movement on offense and physical defense creating numerous opportunities.