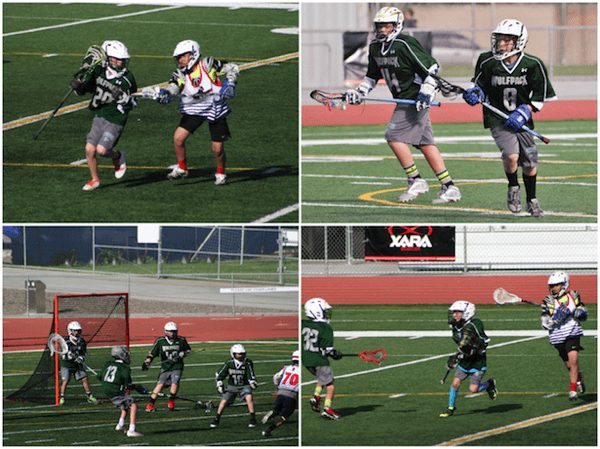 U11 Boys:  So Cal White Nips OC Rebels
The OC Rebels Padawan lost 2-1 in a fun close game against So Cal White. Rebels Goalie Sebastien Chicas was once again outstanding in the cage with numerous saves and kept this one close.

U13 Boys: Wolfpack Continues Winning Ways
The Wolfpack U13 Boys rode a solid effort on both ends of the field to a hard fought win over Wild Horse Blue at Tustin High School on Saturday.  Nolan, Luke, Nicholas, and Ronan were all in attack mode, with each of them contributing to the 7-3 victory.  This game was not all about the offense though.  A talented Wild Horse group had difficult creating scoring opportunities as David set up a wall of defense around the crease with the rotating help of Zeke, William, Kyle, Sean, Elias and Dominic. Great stick-work efforts by Andrew, Liam, Henry and Vincent forced several turnovers.

U13 Boys: OC Wave Shuts Out Ewoks
A solid defensive effort from OC Wave made the difference in Saturday’s 3-0 win over the OC Rebels Ewoks.  Andrew Boskovich was a solid standout player for the Ewoks.

U15 Boys: Cavaliers Edge OC Rebels Jedi Masters in OT
The Yorba Linda Cavaliers and the OC Rebels Jedi Masters kept their fans out a little later than expected Saturday by extending the final game of the day into overtime! This game was tightly contested throughout.  The Rebels held the advantage late in the game but the Cavaliers came back in the last minute to tie it up in regulation. Overtime saw a battle as well with the Cavaliers out running the Rebels for the final point in a 6-5 OT Loss.  Scoring for the Rebels were Matthew Guest and Conner Kentros with two apiece, and Jake Landry with 1.

U15 Boys: The Force is With the Ducks Against OC Rebels Wookies
The Mission Viejo Ducks secured the third win of their inaugural season with a 7-3 win over a determined and well-coached OC Rebels Wookies team that continues to improve week by week. The Ducks were led by two goals each from Jade Fischbeck and Austin Karpf, Zane Smith, Tyler Shamas and AJ Maleta added one goal apiece for the Ducks.  Johnny Burick’s 8 saves between the pipes, and a solid performance from the Ducks D helped secure the win. The MV Ducks man-up and man-down teams were outstanding in support of the win with the man down defense allowing 1 goal during 7 penalties and the man up offense scoring 1 out of 2 chances. Wookies d-pole Adam Ciampa provided the highlight of the day when he went coast to coast for a goal!