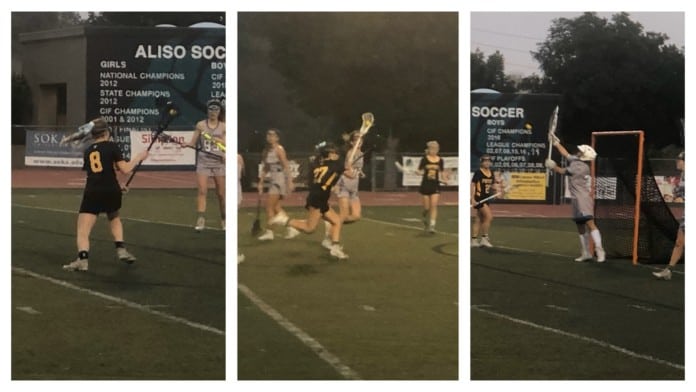 One of the top honors every year for Orange County girls lacrosse players is to be selected to represent the OC at the Women’s National Tournament (WNT). In addition to playing against top competition from around the country, members of the National Tournament enjoy a weekend of fun, bonding, and watching the NCAA Women’s Lacrosse National Championships live.

Earlier this year, 22 young women from Orange County high schools were selected to play in the 2020 WNT, which was scheduled to be played in Baltimore May 23-24. Unfortunately, due to the COVID-19 pandemic, the event was cancelled.

Regardless, MaxLax would like to recognize the 22 players that made the team:

“It’s a huge honor to be one of 22 girls selected. I love the game and the bonds that are formed from this tournament. When I saw the roster, I knew we were going to be really strong,” said WNT-veteran Kennedy Mason.

The team is comprised of 11 juniors, eight sophomores and three freshmen. For the 11 juniors however, they will not get one final chance to be a part of the team before their senior year, as seniors are not allowed to try out for the national team.

“I was bummed to hear that it [the National Tournament] was cancelled. I was looking forward to playing with everyone and to having [Christina Johnson] and her assistant from Foothill [Allie Lehner] coach the team,” Mason said.

Mason said of all the tournaments she’s played in, the National Tournament is her favorite, with one of the memorable moments being watching the NCAA Division 1 women’s lacrosse semifinals and finals. Despite the setback, Mason is happy that she would’ve gotten the opportunity to play on the national team for a third and final year.

“Another thing that makes this tournament so fun is being able to play on a team with so many different girls from aorund the county,” Mason said.

Paris Melberg, another WNT veteran and Melberg’s JSerra and ACES teammate was understandably disappointed when the national tournament got cancelled.

“I was looking forward to playing with the new freshmen who have never played in this tournament and showing them how awesome this tournament is. It’s so fun to travel as a team together, ride in the vans and bond,” Melberg said.

“It’s such an honor to be one of 22 girls to be chosen to go represent Orange County. I was so excited to help lead this team and show everyone how good OC lacrosse is,” Melberg added.

Mission Viejo sophomore Jenae Sperling was selected to play in the WNT for the first time. She used the disappointment of not being able to participate in the WNT this year as motivation to get ready for 2021.

“I will still work hard because of this opportunity [making the team] and come back stronger junior year. I can’t thank the national team enough for picking me, because that’s just the best opportunity they could’ve given me,” Sperling said.

Sperling said that everyone was welcoming to her at tryouts from the players to the coaches, who were evaluating her and the rest of the players. When Sperling found out she had made the team, she was literally speechless.

“I literally had no words because I just started playing lacrosse probably three years ago. Making that team and just seeing all of my hard work getting noticed, I was absolutely stoked,” Sperling said.