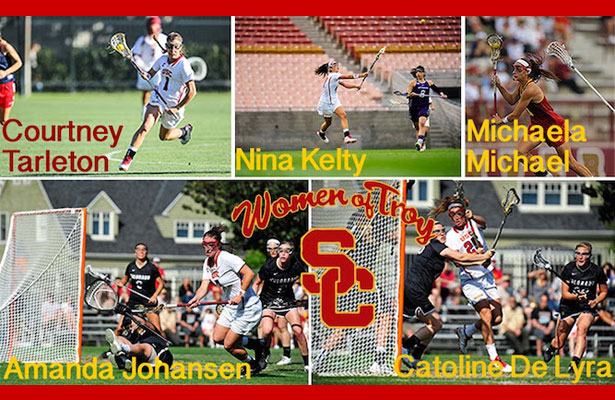 The OC Winter Invitational will feature two NCAA Division 1 Top 20 women’s lacrosse teams.  The Nike/Lacrosse Magazine Division 1 Women’s Pre-Season Top 20 has been released, and both USC and Duke made the cut.  Duke is ranked No. 12 and USC checks in at No. 20. The Orange County  Chapter of US Lacrosse has secured these two powerhouse teams to travel to Orange County to play at Orange Coast College on February 20.

Tickets are on sale now for this rare opportunity to watch NCAA Division 1 Women’s lacrosse in Orange County.  The up and coming Trojans made it to the NCAA tournament for the first time last year.  They hope to  avenge their second round loss to the Blue Devils.  The Blue Devils of course want to make the most of their west coast trip and maybe win over a few local fans.

USC women’s lacrosse has grown impressively under the leadership of coach Lindsey Munday. The Women of Troy are heading into their fourth year of NCAA Division 1 play, and their record has improved each year.   8-10 in 2013, 9-9 in 2014.  14-6 and their first NCAA Tournament bid in 2015.   After tasting the tournament last season, has USC grown enough to break out even bigger?  The OC Winter Invitational will be a measuring stick.

Adding local interest to the game are Foothill Coach Kate Hick and her goalie Hannah Upshaw.  Hick was an All-American at Duke from 1998-2001.  Upshaw is committed to play for USC beginning this fall.