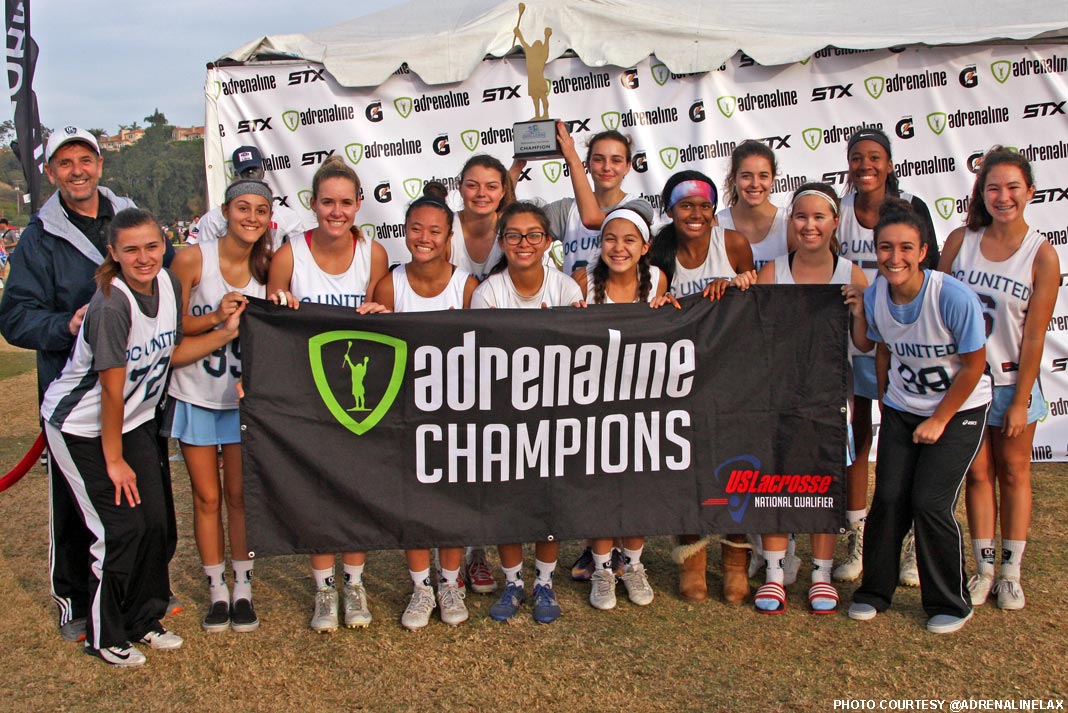 After opening pool play with a 9-5 win over Diamond Cut Crew (San Diego) on Saturday, OC United battled Mission Lacrosse for a 5-3 win. OC United then posted its only relative blowout Sunday morning, beating Grizzlies 12-4. United followed that with a 7-5 victory over Sting Lacrosse HS A to close out pool play.

That set up a rematch with Grizzlies — whose only loss in pool play was to United — in the championship game. The rematch was much closer, with United prevailing 7-5 in its third close decision.

Elsewhere in the division:

Complete results and scored can be found on Tourney Machine. 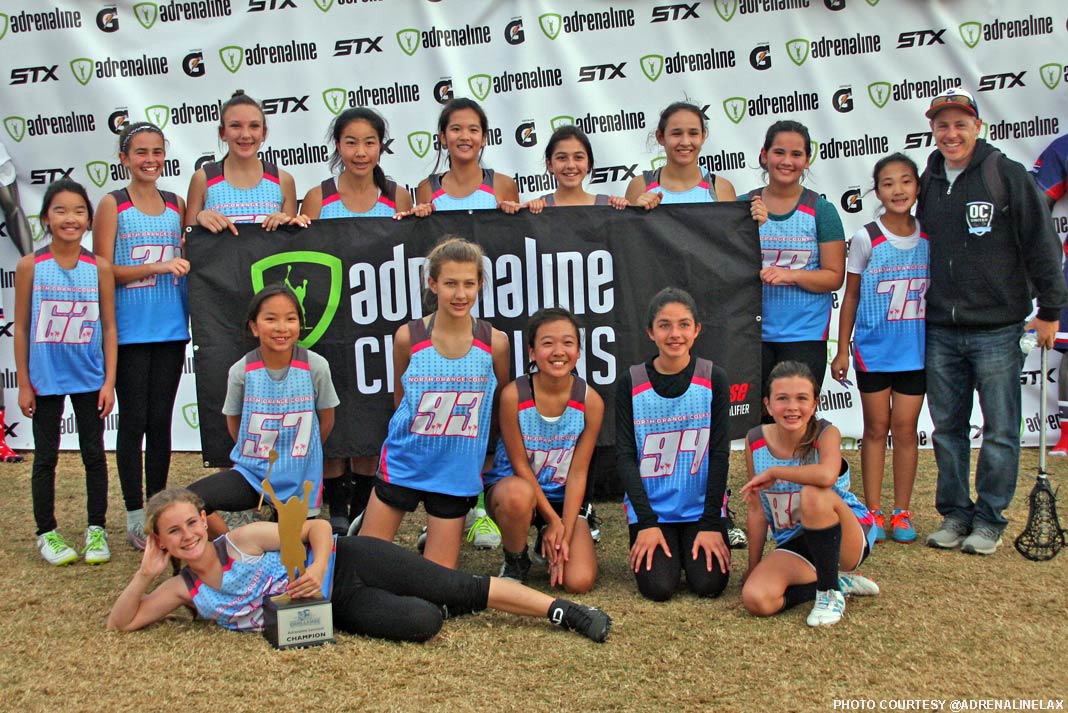 OC United MS avenged its only pool-play loss with a championship game victory over OC Crush Girls 2023/24/25 to take home the trophy in the Swell MS division at the Adrenaline Challenge.

That set up a rematch with OC Crush, and OC United pulled off the victory to win the division.

Complete results and scored can be found on Tourney Machine.