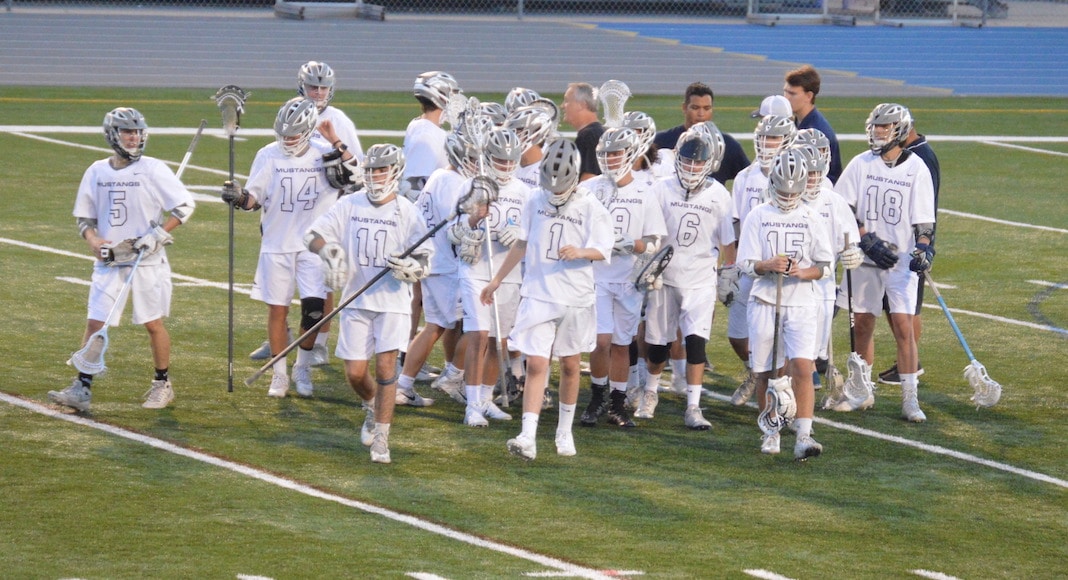 Head Coach Eric Bassett‘s first freshman class matures to seniors this year, and many were key contributors on last year’s 14-6 squad.  Optimism abounds on Mustang Way that this group will be a threat to capture a second consecutive South Coast League championship and contend for the program’s first Southern Section championship.

The Mustangs powered through the always tough South Coast League last season with an 8-0 record with just three key seniors, Andy Alvarez, Jason Kauo, and Tyler Payne.  Although they are early season favorites to finish atop the league again, it will likely be an even tougher challenge this season with No. 8 San Clemente expected to be much improved and No. 7 Tesoro back in the SCL mix.

Friesen, Evans, and Switzer will lead an offense that averaged 13 goals per game last year.  And if figuring out ways to control the Big Three weren’t headache enough for defensive coordinators, junior middie Josh Burdette and senior FOGO Colin Seedorf figure to increase their name recognition with MaxLax readers by the end of season.

Burdette has shown in off-season tournaments that he knows how to finish and make defenses that ignore him pay a price. Seedorf went from faceoff newbie to Colorado Mesa commit in a single season last year.  His ability to win possession will more than likely trigger a scoring run or two over the course of the season.

Paget will team up with junior long pole Max Wulterin to lead the defense. Coach Bassett said to also keep an eye out for freshman pole Logan Angel.

The Mustangs open the season by hosting Brighton (UT) on March 1 and then face their first big in-county test of the season when they visit Santa Margarita three days later.