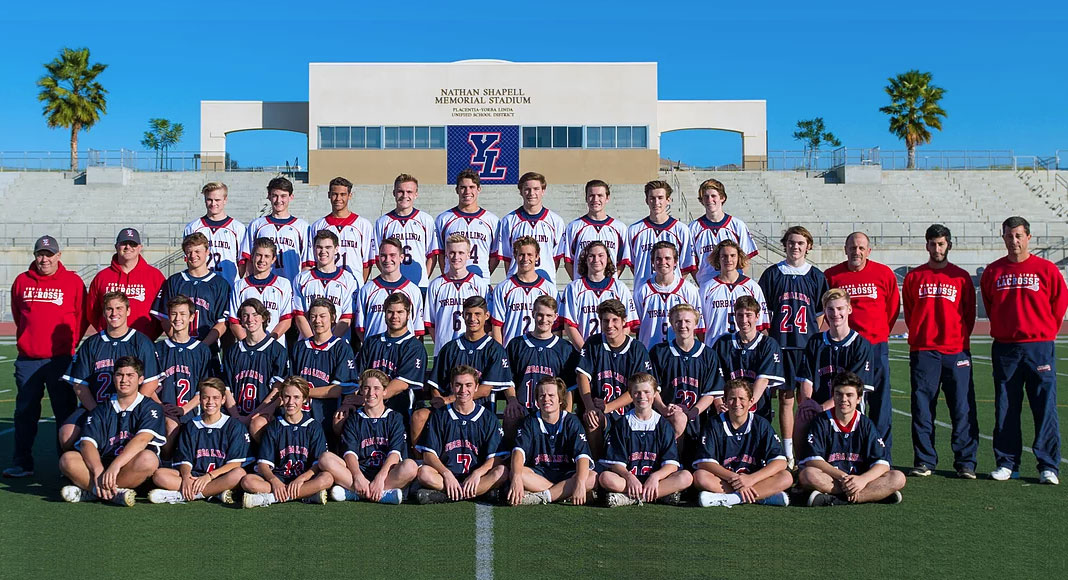 With five consecutive Century League championships behind them, the No. 10 Yorba Linda Mustangs may be in prime shape to make a deep run into the  U.S. Lacrosse Southern Division playoffs for the first time.

Despite going 5-0 in league and 14-5 overall, Yorba Linda’s 2017 season came to a close when it suffered a 16-7 defeat at the hands of Servite during its playoff opener. It was a disappointing end for a Yorba Linda squad that had just claimed the league title for a fifth straight year.

Despite all that talent, Yorba Linda allowed more goals in its one playoff game against Servite (16) than it did in all five of its league games (9).  A challenging regular-season schedule should help prepare the Mustangs for post-season play this season.

The Mustangs won’t be lacking in the offense department as Tyler Krause, the Century League’s reigning Offensive Player of the Year will be returning this year. He will be joined up front by first-teamer Colin McDonald and second-teamer Anthony Brown.

All-Leaguers Zac Hardison, Andrew Flanders, and Miles Delarosa should also provide some creativity in Yorba Linda’s midfield. Albeit a tall task, it will be interesting to see if Yorba Linda’s new offense can surpass last season’s goal total of 89.

The Mustangs’ rugged defense will also be back in action led by Jason Bohlinger, who earned Goalie of the Year honors last year, and second-teamer Ashton Mathews. However, Yorba Linda will have to figure out how to fill the voids left by defensemen Tyler Dugan and Thomas Hoppe, who both made last season’s First Team

Yorba Linda will open its 2018 campaign at home with a preseason fixture against Corona Del Mar Feb. 27 at 6 p.m.