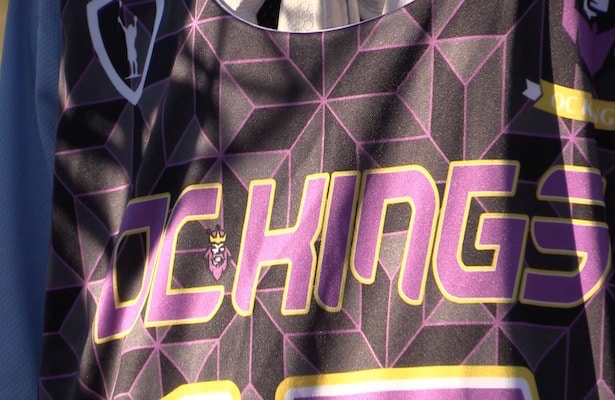 Orange County teams completed pool play at the Adrenaline Challenge with an impressive combined record of 15-8-1, and five of the eight OC teams advancing to the playoff rounds. Leading the way were the four OC Kings high school age teams with a combined 0-2 record.

BUKU Lacrosse struggled in the ADRLN Elite Division, going winless. They will play challenge matches against Vegas Starz Elite Black at 8:00 am and Alpha Elite (San Diego) at 10:00 AM today.

The OC Kings 2017 were edged out of a playoff spot in the Machine High School Division. The 2017s started strong with a 6-4 win over Force Recon (Scottsdale, AZ) on Friday, but were on the short end of one-goal nail biters against ADVNC 2017 (NorCal) and Jr. Black Rhinos (Portland, OR) on Saturday. They will play challenge matches against two different Goon (Los Angeles) teams at 8:30 AM and 1:00 PM.

The OC Kings 2018, who won the Adrenaline Las Vegas tournament in December, were the third OC Kings team to go undefeated in pool play. Picking up right where they left off in Vegas, the 2018s defeated SAC ADVNC (Sacramento) 8-6, Minnesota Chill 15-3, and Mustang Starz (British Columbia) 11-6 to earn the No. 4 seed in the Maverik High School Division. They will kickoff the playoffs with an 8:00 a.m. match against the No. 5 seed, American Revolution (Pittsburgh, PA).

Last but not least, OC Crush enters the Strife U-11 playoffs with a 2-1 record. They defeated Booth Indians 2022 (Nor Cal) 13-4 and Crusaders 2022 9-2. They will get a chance to avenge the only blemish on their record when they play a rematch against the Santa Monica Dragons at 8:30 AM.