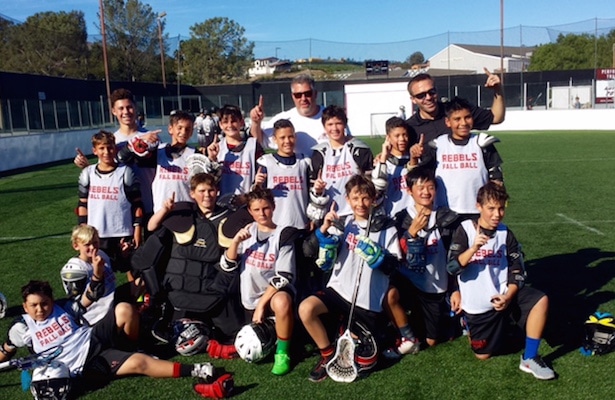 The U-13 OC Rebels swept a doubleheader at the the Victory Athletic Center this weekend to earn the Orange County Box Lacrosse League championship.

The semi-final round entertained fans with two close games;  the Rebels edged Crush 8-6 and the Surf Dawgs nipped One More 10-9 in an overtime thriller.  The Rebels were able to create some space in the championship game, defeating the Surf Dawgs 10-4.

It was a total team effort for the OC Rebels. Tyler Matthews had 2 goals. Twins Chuck and Cole McKenney combined for 5 goals and 5 assists. Kyle Phillips played shutdown D and added a goal and 2 assists. Andrew Choi had 2 goals in the Championship game. Keeper Keegan Flick was huge all weekend.