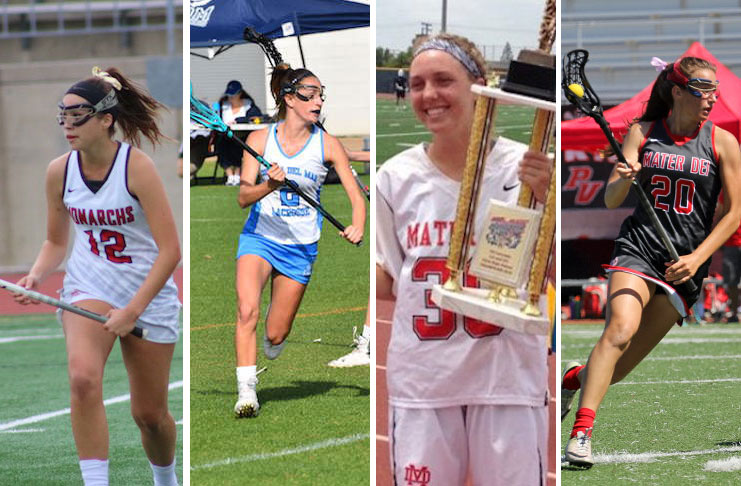 Fresno State head coach Jessica Giglio announced the addition of 10 new freshmen, including four from Orange County high schools, to reload her squad for the 2018 season. The 2017 signing class will join the 23 returning Bulldogs, coming off of Fresno State’s most successful lacrosse season in program history.

“This class is a diverse group of talented lacrosse players ready to further advance this program’s successes,” Giglio said on GoBulldogs.com. “Adding these valuable athletes to our returning roster will make Fresno State’s future bright.”

“Lauren is an athletic midfielder who adds a threat on both ends of the field with her speed,” said Coach Giglio.Individual Accolades

On why she chose Fresno State, “I chose Fresno State because I can study psychology at a well-established university while playing competitive division I lacrosse,” ,” said Gonzales. “I will have the opportunity to play with high school and club teammates. I also have a lot of respect for the coaching staff and their appreciation for what I will bring to the Fresno State women’s lacrosse team.”

“Kennedy is a strong attacker who is extremely versatile,” said Coach Giglio. “We look forward to her adding to our offense and contributing right away.”Individual Accolades

On why she chose Fresno State, “I decided to attend Fresno State for its incredible support and dedication to provide the best possible environment for student-athletes,” said Mulvaney. “I love the school spirit and I can’t wait to become a part of the Bulldog community.”

“Courtney is a strong goalkeeper who is a vocal presence in the cage,” said Coach Giglio. “She will be a great addition to our strong goalkeeping unit.”

On why she chose Fresno State, “I felt immediately welcomed by the team and coaches,” said Walburger. “My fellow 2017 signees, the current team and coaching staff made me feel like Fresno could be a home away from home for me. I’m extremely excited to be a Bulldog and can’t wait for this new adventure at Fresno State.”

“Mackenzie is an aggressive player all over the field,” said Coach Giglio. ” Her speed and ability to get the ball in the back of the net is impressive.”

The full press release and biographies of the remaining incoming freshman can found at GoBulldogs.com