Max Lax
Max LaxAll Lacrosse. All the Time.
More
Home Women Southern Section Girls OC No. 1 Foothill Too Much for LA No. 1 Redondo 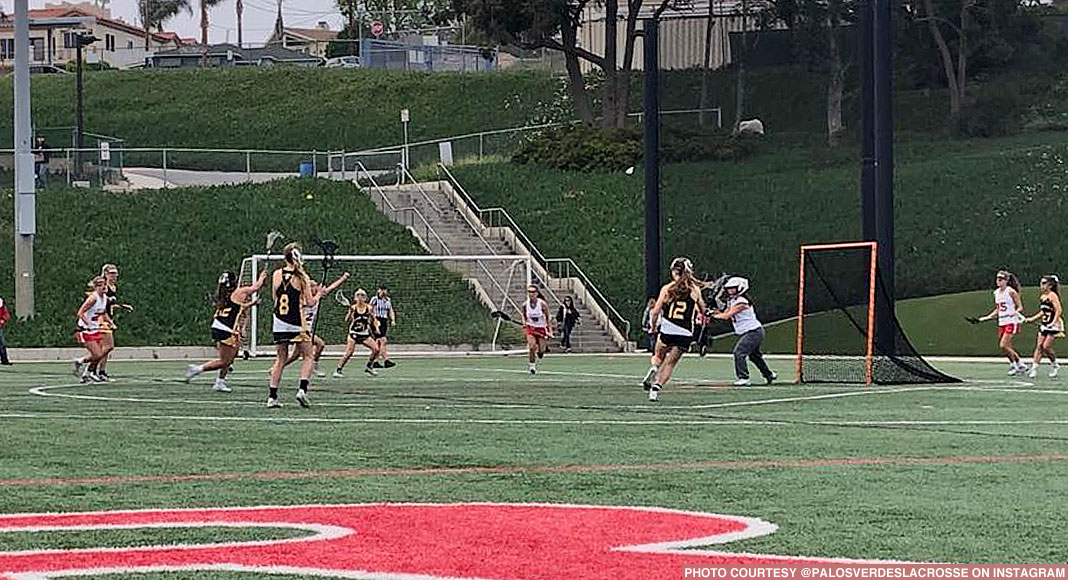 Every time LA No. 1 Redondo Union scored in Wednesday’s No. 1 vs. No. 1 showdown with OC No. 1 Foothill, the Knights answered with multiple goals, eventually producing a 20-14 victory that should establish Foothill as the clear favorite heading into next week’s playoffs.

Redondo scored first on a goal from Marianna Gamet, but Foothill established a pattern that would persist throughout the game when Stokes scored to tie it, then Williams rattled off four goals in the span of seven minutes to give the Knights a 5-1 lead.

Redondo kept trying to chip away, but Foothill responded every time. Brooke Tokushige scored for Sea Hawks to start the half, but Stokes and Williams scored for Foothill. Jordan Davis scored for Redondo, but once again Foothill answered with four in a row.

Redondo (13-2) finally put together the kind of streak that has carried it all season, scoring four goals to pull within 15-10. Foothill scored twice, but the Sea Hawks kept coming with three more goals to make it 17-13.

Williams answered right away for the Knights to make it 18-13 with five minutes left, and Bass scored on a break-away to give Redondo some hope at 18-14, but Foothill put it away with two goals in the last 40 secs.

Hodges (3g), Gamet (3g) and Tokushige (3g) led the Sea Hawks in scoring, and Davis and Bass each scored two and Caitlin Hanniff scored one.

After averaging 17.7 goals per game during its 10-game winning streak, Redondo couldn’t solve Knights goalie Lilly Kahn, who stopped 9 of 16 shots and allowed only seven goals before giving way to Megan Jones.

Redondo wraps up its regular season Friday at El Segundo. Foothill plays at OC No. 4 St. Margaret’s on Thursday night.