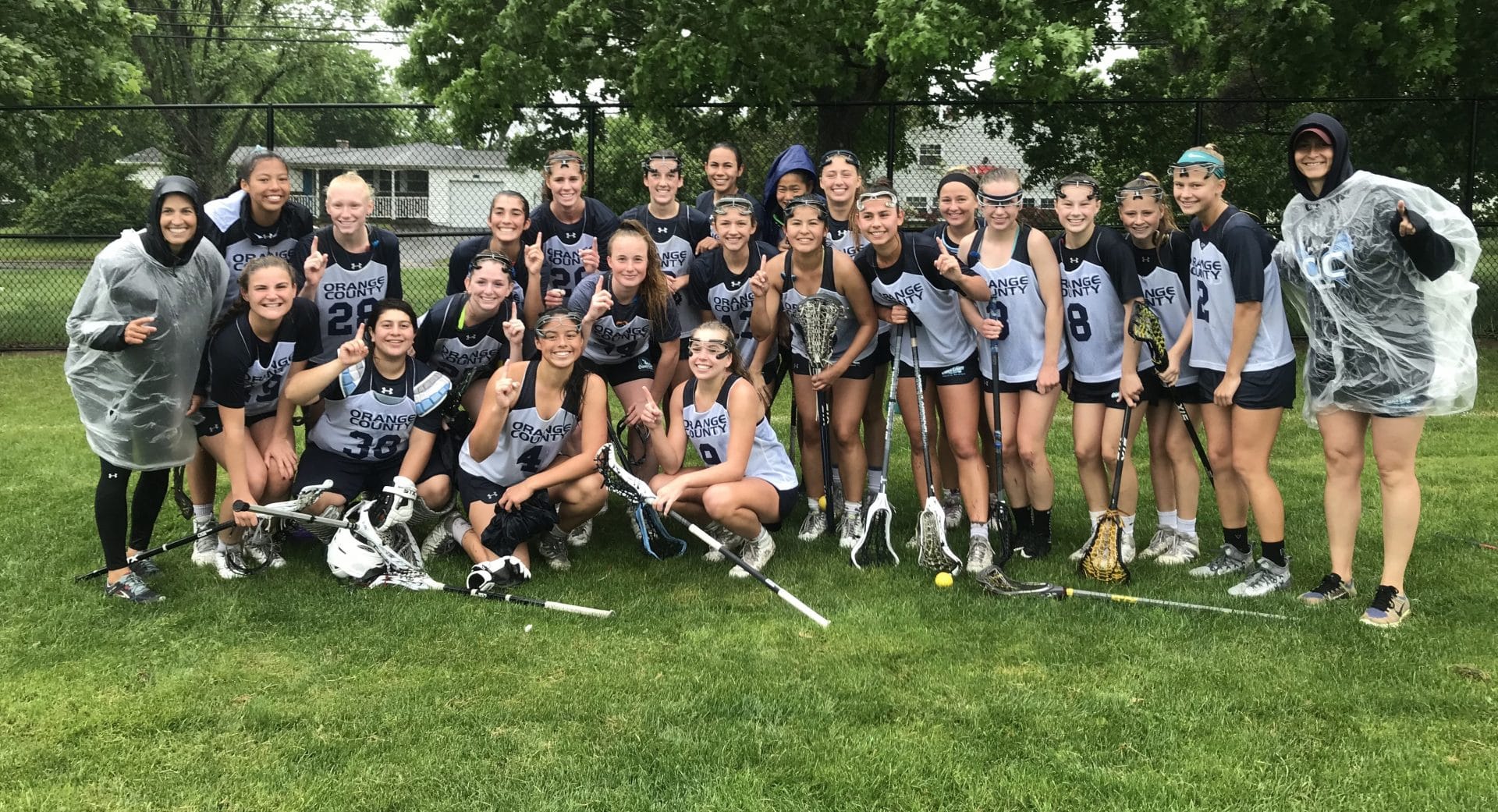 Orange County went undefeated for the second straight year at the at the US Lacrosse Women’s National Tournament, which was played  Memorial Day Weekend at Stony Brook University on Long Island, NY.

Following last year’s undefeated performance, the OC moved up to a higher level of competition in the Mohawk Division, and this year’s group responded to the challenge.  Orange County crushed pool play on Saturday, outscoring their opponents by a combined 59 -10 score, before defeating Philadelphia 9-5 in Sunday’s championship game.

“For the weekend, our one rule on the field was to ‘share the wealth’. With so much talent, it was awesome to see them come together across rivalries and schools to dominate as a unified team. Coaching and traveling with this team is without a doubt one of the funnest things I do all year,” coach Kate Hick said in an email.

The championship game was the most exciting of the weekend and gave the team the opportunity to show they can win the close ones too and battle through less than perfect weather conditions.

The teams from Orange County and Philadelphia ended the first half tied 3-3. Despite the non-stop down pour of rain, the teams continued to battle until the last 10 minutes of the game when Orange County began to pull away. They dominated the draw control and frustrated the Philadelphia defense by continuing to find the back of the net for a 9-5 final score.

As is the case with every Orange County National Tournament Team, the games are only part of the experience. Team bonding activities included a trip to the NCAA Division 1 Women’s Lacrosse Championship, an impromptu dance exhibition, and bowling.

“This experience with the OC National Team is one that I will always cherish. It is a honor to coach with Kate [Hick] and be surrounded by such amazing players and families,” said Hick’s co-coach Lauren Ciccomascolo.

“For me, the highlight of the trip was being able to play with such an athletic and talented group of girls. Every person was hungry for the ball and wanted the win. The team had such fun chemistry, whether it was on the field or mid-dance battle,” Keiser said in an email.

Joslyn Simaan, a standout junior on Corona Del Mar, also enjoyed the team chemistry and the competition that the weekend had to offer.

“It was super fun getting to play with the most competitive players in Orange County. The game was very fast pace and we worked really well together,” Simaan said in an email.

The second consecutive undefeated recored shows that the California girls are a force to be reckoned with and once again, the team will move up into the next Division for the 2019 tournament.