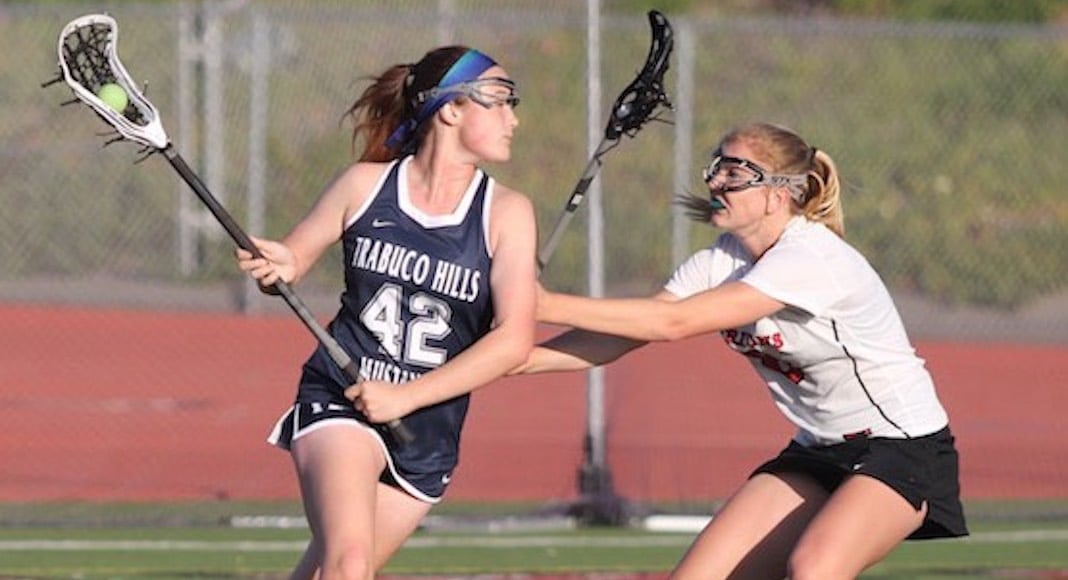 If there is a sleeper in this year’s pre-season Top 10, it just might be No. 4 Trabuco Hills. The team that put up an impressive 231 goals last season (an average of 13 per game) and registered a 14-4 record returns essentially intact in 2018.  Although  goalie Ashley Bell left some big shoes to fill, she was the only senior on last year’s squad.

If there was any disappointment for the Mustangs last season, it was a 9-8 loss to Newport Harbor in the second round of the playoffs.  With another year of maturity under their belts and 10 of last year’s 12 goal scorers returning for an encore in 2018, the Mustangs have a legitimate shot at a semis-Saturday appearance this year.

Junior Hennessey Evans will draw a lot of attention from opposing defenses after scoring 110 points (102 goals, 8 assists) last year.  However, Deciding just how much attention to give Evans will not be an easy coaching decision because the reigning South Coast League Most Valuable Player has plenty of help.

Senior Audie Shutler, another All-SCL First Teamer will be another Mustang to watch this year.  Shutler’s 16 takeaways and 28 grounballs gave opponents fits last season. Senior Laura Reniker and sophomore Talia Shutler were named to the All-SCL Second Team in 2017 and will be counted on to make prominent contributions again this year.