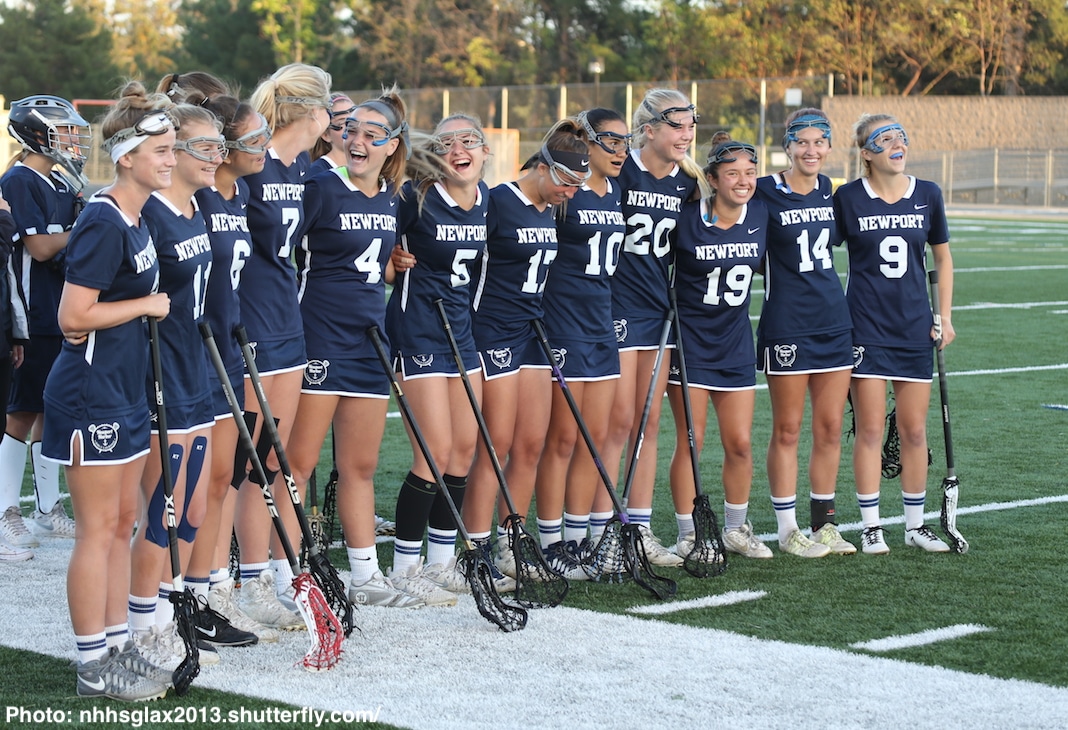 Newport Harbor finished 13-6 last season and advanced to the semifinals of the playoffs before falling to Foothill for the second straight year. With the loss of nine seniors from their 2017 team and a new coach, the Sailors will have a new look in 2018.

The Sailors lost their top three scorers Katie Hendrix, Sarah Farley,  and Laura Tran as well as one of their top defenders, Jill Rosten, to graduation. Hendrix, Farley and Tran finished with 56, 48, and 33 points, respectively, while Rosten contributed to the Sailors’ defense with 18 ground balls and eight takeaways.

In addition to losing players to graduation, the Sailors have a new head coach, Brooke Martini, who takes over for Matt Armstrong after he coached the team for six seasons.

Newport Harbor is on the young side this season, as they have only four seniors this year. Martini will rely on the leadership of her two captains, University of New Hampshire bound senior Adena Rothbard and junior defender Elise Skytte, to help with the transition.

Both captains are on the All-County Watch List.  Rothbard had 31 points in 16 games last season. Skytte had 25 ground balls and eight takeaways.

Rothbard and Skytte can count on plenty of help.  Sophomore Caroline Farley, who finished with 19 points last year and junior defender Delaney Knipp (23 groundballs and 7 take aways) are also All-County candidates who appear poised to take on larger roles this season.  Also, you may not be familiar with Joelle Rothbard yet, but don’t be surprised if you are by the time May rolls around.  The precocious freshman midfielder is already on the All-County Watch List.

The Sailors have a tough challenge to start their season, as they play at two-time reigning U.S. Southern Section champion Mater Dei on Tuesday at 5:30 p.m. They’ll also face two teams from San Diego at home, San Marcos of San Diego and Del Norte on March 17 at 10 a.m. and April 9 at 5 p.m. In addition, they’ll also play Park City, UT on March 10 at 2:30 p.m