OC Gets Some Recruiting Rundown Love 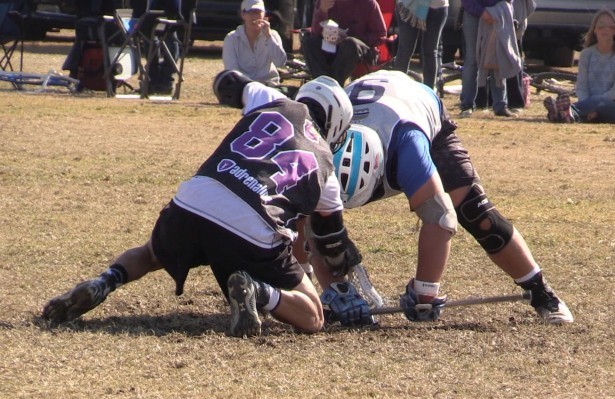 The recruitingrundown.com team spent the weekend at the Adrenaline Challenge soaking up some sun and evaluating the local talent.  Not surprisingly some Foothill High School Knights and Corona del Mar High School Sea Kings caught their attention. Here is what what Xanders had to say.  Make sure to check out Xanders’ full Adrenaline Challenge article:

There are many things I loved about Crance’s game, chief among them is the discipline with which he approached the ball. He puts himself in a position to be successful when he’s playing on ball defense because of his attention to detail; moreover, he has great athleticism, which he displayed all weekend with the OC Kings. My favorite play was when Crance approached a Blackhawk’s attackman on the end line, but he didn’t stop his feet from moving; the attackman made a quick roll dodge, but he hung his stick. Crance snapped his wrist, threw a beautiful wrap check, collected the ball, and cleared it efficiently. He can cover, collapse, collect it, and carry it to the offensive end. I enjoyed watching him play all weekend.

Brett Greenlee ’15, LSM, Corona del Mar (Calif.), OC Kings – Denver
The defensive coordinator at CDM is a very lucky man: in addition to Greenlee, he has several other committed Division I prospects on his roster. Greenlee possesses all of the characteristics I imagine a number of college lacrosse coaches coveted in their recruitment of him. First, he really has a knack for picking up ground ball; second, he is able to put pressure on offensive players without being out of control; finally, he demonstrated a high lacrosse I.Q. by making the right play instead of THE play in between the defensive and offensive boxes. He was one of the many talented defensive players I watched this weekend, and based on what I saw, I think he’ll have a bright future for the Pios.

Kevin Kodzis ’16, A, OC Kings / Foothill (Calif.) – Holy Cross
Nate Marano ’15, A, OC Kings / Foothill (Calif.) – Denver
This pair out of Orange County (who also play for the West Coast Starz) always impress with consistency, and their performances throughout the playoffs on the final day caught my eye certainly caught my eye. Kodzis is a really heady player who has standout vision, always looking for the extra pass but also knowing the right situation when to exploit his man for the goal. Liked how he brought it in the riding game on a regular basis as well. I’ve felt for a while that he’s a steal for Holy Cross, choosing the Crusaders over a bevy of Ivies last February.

As for Marano, I don’t have enough good things to say about this kid, who has the potential to come close to having a superb career like that of Foothill alum Erik Adamson, a Denver midfielder who was touted by Inside Lacrosse as a preseason first team AA.  He’s extremely fluid and has a nasty shot with either hand and from all points on the field (he can swing between attack and middie). When Nate’s out there – and he almost always is, the OC Kings’ offense functioned better with Marano as a field general. Can’t wait to see what these two are able to do for the Knights this spring.