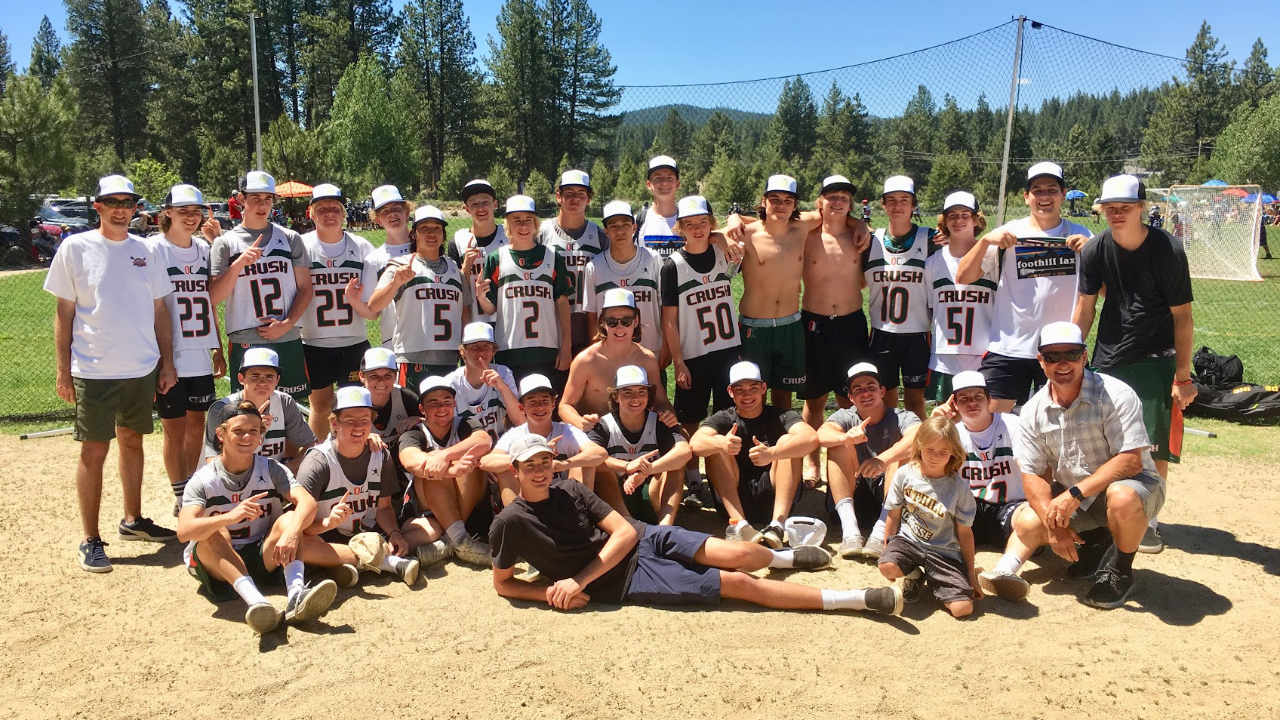 After taking the championship at the Summer Kickoff at the Orange County Great Park two weeks ago, OC Crush, made up of mostly Foothill team members, took to the hills of Lake Tahoe to participate in the Tahoe Summit Classic for the first time in club history. The team carried a roster of 28 players made up of 2020, 2021, and 2022 players, and everyone contributed toward their run for the championship.

While the stats leaned heavily in Crush’s favor Saturday, Sunday morning showed differently as Crush took on ADVNC Sacramento 2022 early that morning. Advance came out strong scoring two right away, but Crush kept it close throughout all four quarters tying it with under a minute left sending the game to overtime. Advance struck first, but junior Joey Garcia retaliated with a fantastic save, clearing it perfectly down the field where senior Troy Hofer buried it for the win sending Crush to the championship.

In the final game, Crush met back up with 801 Tribe 2021, and though the tension from the sidelines the day prior eased a bit, Crush’s intensity on the field did not, and OC Crush took it all 9-4.

Although winning a championship far from home is great, most of the Crush players shared that the highlights of their Tahoe experience were found off the field – hiking to the top of a fire lookout, rowing themselves across the lake, climbing and ziplining through the pines, or just bonding with their brothers between activities. Crush’s summer adventure to Tahoe was the perfect example that winning isn’t everything, but playing hard on and off the field can be the recipe for a perfect weekend.