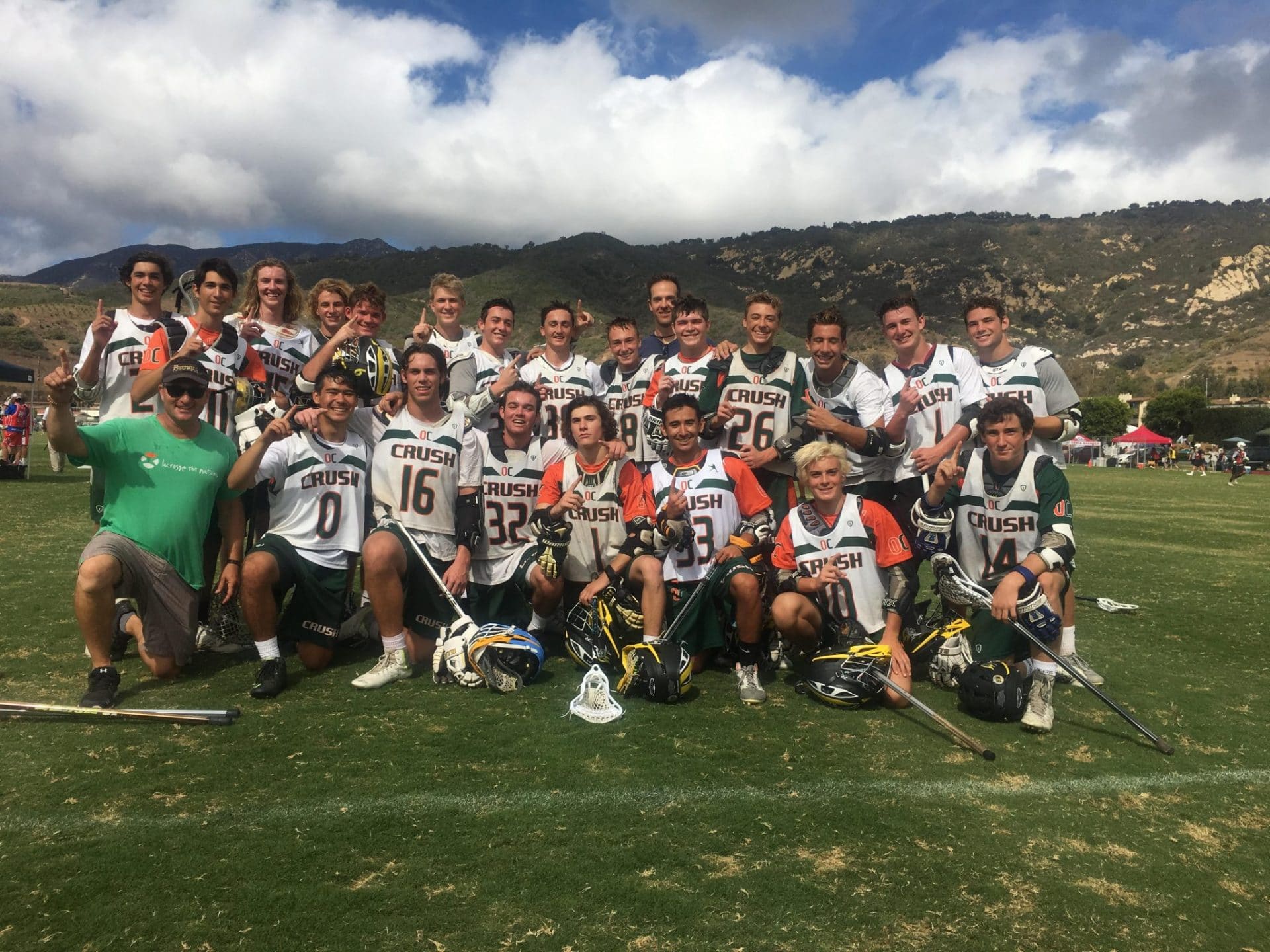 The OC Crush, with it’s entire roster (minus one) hailing from Foothill High School, won a tough battle against a tenacious Team 12 squad to claim the Santa Barbara Showdown High School Elite championship. Crush looked good on Saturday edging out NinjaLax Elite, Gaucho Select Blue, and San Clemente Sharks Elite to end pool play 3-0. On Sunday, Crush defeated Factory HS Elite 8-6 to secure a spot in the championship. At the end of the first half of the final game, Crush found themselves down by 3 goals but fought back to send it to overtime in the last seconds. Team 12 had the first SOG in OT, but Austin Mann saved it, and in the end, Cole Falbo assisted Ryan Foy with the championship-winning goal.

Crush takes the Elite 'Ship. Plain old hard work to get into OT. Falbo to Foy for the OT win!!!. #sbshowdown pic.twitter.com/DPyrEOhKaO