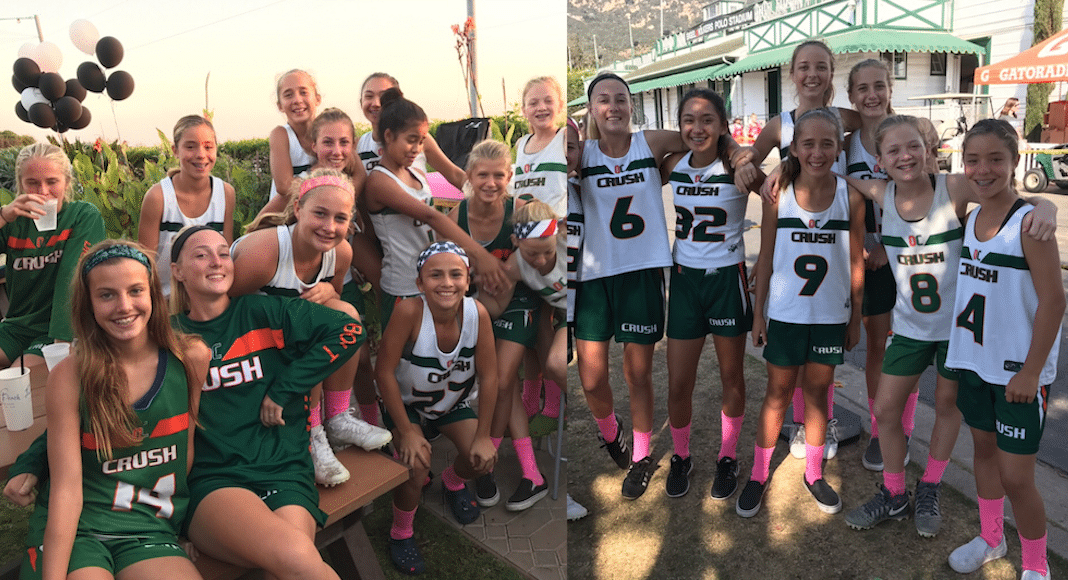 OC Crush Girls team played in their first event of the year at the SB Fall Showdown and exceeded expectations on all fronts! The two teams went 9-1 overall and played in the championships of the girls 2022 division and the HS white division. The Crush teams we’re lead by Brooke Martini (Newport Harbor HS Head Coach) and Olivia Smart (Hewes u15 head coach.) The HS squad went 4-1. They went 3-0 in pool play and then won a tight semi final vs Tenacity Select Marin by score of 6-4. The Crush fell to 212 lacrosse in the final 12-4.

“The effort was solid and we had a great weekend! With only 1 sub we just ran out of steam in the finals and 212 was a really solid team with plenty of prior playing experience together” said Coach Smart.   “For our first event with just 1 practice together the girls really did quite well”

The Girls 2022 Squad went 5-0 to win the 2022 Championship! They defeated Bay Area Rogue Wave 11-7 in the semifinals to set up an all OC championship game with Victory. Victory defeated Team Norcal 10-3 in their semifinal match.

The Championship game was an exciting match. Crush jumped out to an early 2-0 lead, but Victory quickly countered pushing the score to 6-3 for Victory at the half. Crush started the 2nd half strong closing the gap to 6-5.

The back and forth scoring continued throughtout the second half, which kept the fans on the edge of their seats and the tip of their vocal cords as the game was tied 8-8 with four minutes to play. Crush gained the final possession off of a defensive stop and then worked the offense vs a stingy Victory defense until breaking through with the game winner with just under 30 seconds on the running time clock.

“The girls worked so hard and battled all game. Coming back from the halftime deficit in the running time tourney game was quite a feat!” said Coach Brooke Martini. “They showed resolve and a will to win!”

“The Girls were pretty emotional at halftime, we just had to calm down and focus on executing our fundamentals,” Martini continued. “Everyone contributed to the win and it was a wonderful feeling at the end!”

Oc Crush Director Jon Fox was happy to see the new lacrosse year begin on such a positive note.

“The SB Fall event is a perfect event to get the players and families together to start the year,” Fox said.  “I was extremely proud of the hard play and great sportsmanship by all our players. We only had 1 substitute at Sunday games on both teams so the girls really worked hard!”

The OC Crush is still accepting players for U13, U15 and HS level teams.

“Our goal is to give the girls more opportunities to play lacrosse,” Fox said. “We are entering and supporting every Southern California event that offers girls divisions. How we do that is by having a bigger player pool to draw from so we can have flexible rosters and still field teams for all events. The players can choose the events they are available for. They can play in 2 events or all 5 fall/winter events. It’s a lot more admin work doing it this way but the flexibility leads to having more opportunities for more girls and that’s important to us”

“Interested players can email me at LacrosseAcademyOC@gmail.com. We have a good mix of schools represented in our HS pool of players from: Foothill, Beckman, Mater Dei, Newport Harbor, San Juan Hills & Santa Margarita. Next event up is Surf Storm Nov 11/12.”