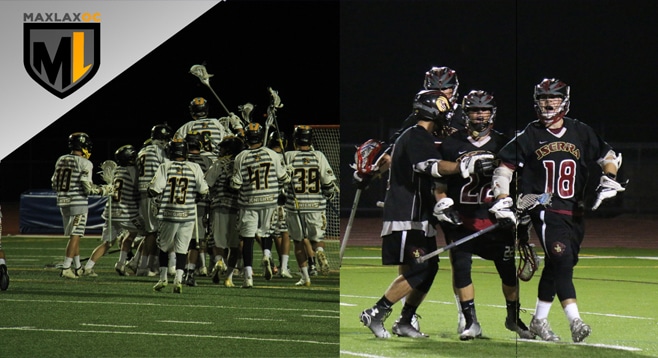 MaxLaxOC will be live streaming Wednesday’s Orange County Championship game between the Foothill Knights and JSerra Lions at 7:30 pm.

Wednesday May 13th the Orange County Champion will be decided. The No.1 seed Foothill High School Knights will face the No. 3 seed JSerra Lions and the winner will be crowned the OC Champion. This game is a can’t miss for anyone who considers themselves a true lacrosse fan.

Foothill, who boasts an impressive 19-1 record is one of the highest ranked team in California by every poll. With one of the deepest rosters in California, the Knights will try and win their first championship since they won five consecutive from 2007-2011.

JSerra is widely considered one of the most talented teams in all of California. They have seven Division 1 commits and have the senior leadership to bring it all together. A win on Wednesday night will be JSerra’s first ever Orange County championship.

Both teams like to attack on both sides of the ball.  Don’t expect many dull moments.

or on the dedicated nav tab in the menu bar on Wednesday night.

MaxLaxOC will also stream the OC/LA Championship this Saturday. Mark your calendars.