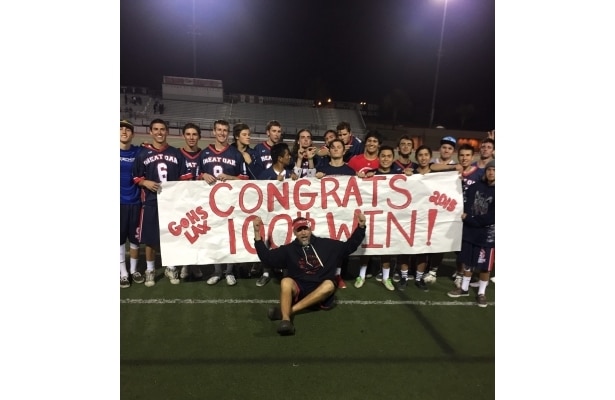 Great Oak finished 2018 with a 13-6 record, earning home field advantage in the first round of playoffs with a no. 8 seed.  The Wolfpack reached the second round of the playoffs last season where they gave St. Margaret’s a scare but fell as victims to a late scoring binge by the Tartans.

With Karl Rohlin returning as head coach this season, Great Oak is the early season favorite to once again finish on top of Southwest League and reach the playoffs for the eight time in nine years.

Rohlin said that although the Wolfpack lost 12 seniors to graduation including Chase Taylor (Army) and Louis Fiacco (Holy Cross), the 2019 rendition is ready to fill those big shoes.  Returning players Nathan Hoover, Andrew Gilbert, Ian Casillas, Jake Torres, Tyler Thompson, and Logan Noll will be called upon to provide the on-field leadership as the Wolfpack navigate their challenge mix of Southern Section and San Diego opponents.

The fun begins on February 25 when the Wolfpack travels to Martin Luther King High School for the season opener.