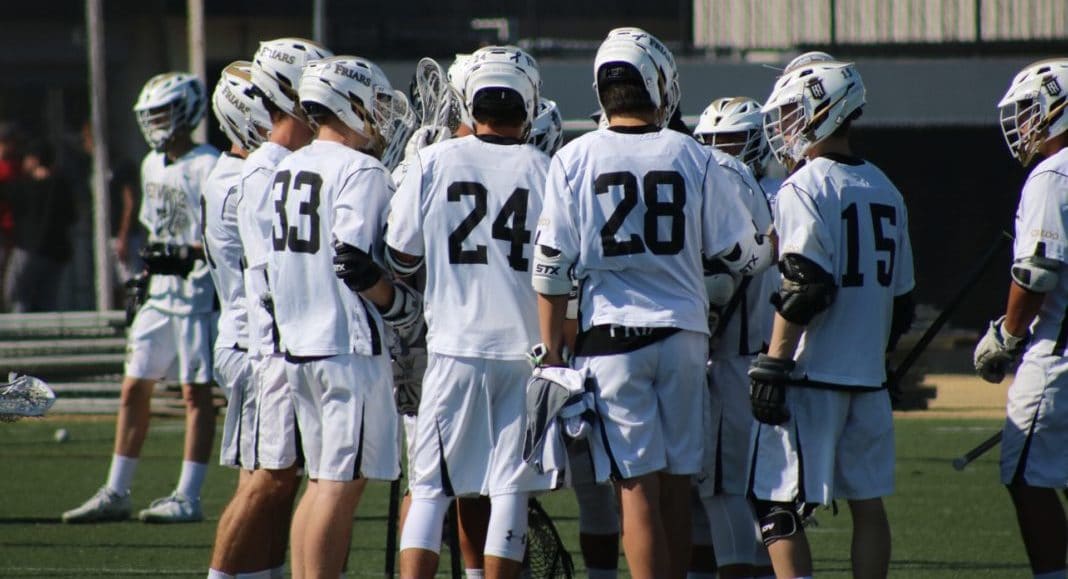 There is a lot of optimism coming out of Anaheim after a strong 2017 campaign from the Servite Friars going into the 2018 season, which begins Feb. 24 versus the Sunset League’s Newport Harbor. Let’s meet the Friars, who will be looking to dethrone Trinity League power Santa Margarita this coming spring.

Rodenbeck will team up with fellow senior Jack Seals to lead a defense that should be the team’s strong suit.   Last year the Friars’ defense allowed less than eight goals per game en route to a 13-7 record.  With another year of experience under their belts, the Friars may get even stingier this season.

Rodenbeck is a four-year varsity starter, 2017 Trinity Defensive player of the year, and 1st team All-County.  Hayden committed to the University of Utah in his junior year.  Currently, an MCLA program, the Utes move up to NCAA Division 1 next year.

Seals, who is committed to Stevenson has flown under the radar a bit while steadily improving each season.  He may be ready for a breakout season.