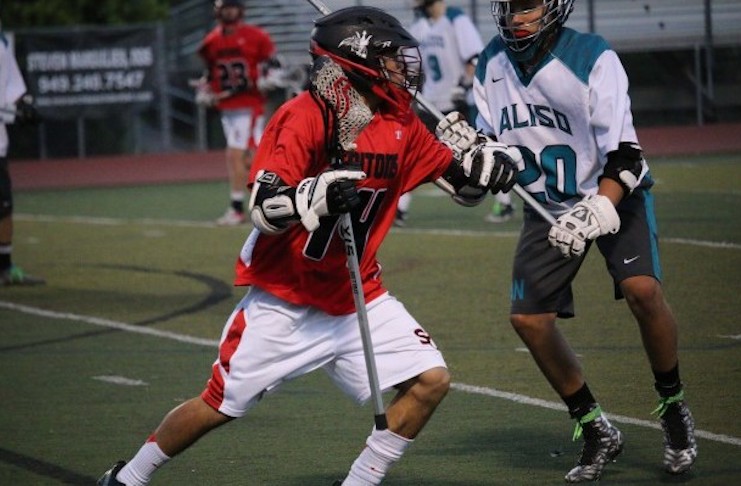 While a season that includes a 6-2 record in the always competitive Sea View League and a No. 7 playoff seed would be cause for celebration for many programs, that’s what they call a rebuilding year in San Clemente.  The Tritons have set a high bar down in south County, and their failure last season to reach at least the second round of the playoffs for the first time in seven years, will only serve as inspiration for the 2019 crew.

“I am excited to watch this group get going,” said coach Brendan Finnerty by email. “Last year was a rebuilding year and this year our goal is to win league and make a run in the playoffs.”

The loss of Branden Wilson (now at Utah) will certainly be felt but he was one of only three seniors who graduated in 2018.  That lack of depth in last year’s senior class gave the younger players ample opportunity to get accustomed to varsity competition. The Tritons should reap the benefits of all that trial by fire this season.

To get through the San Clemente this season, teams will have to get through their defense and that will be anything but the path of least resistance.  All three members of the back line, Nick Amico, Dylan Hartanov, and Jack Turbeville, will harass opponents with active hands and are adept at picking the ball off the carpet and starting transition.  Second-Team All-League goalie Eugene Kang will backstop the long poles again this season before heading off to Oberlin.

Offensively, The Tritons will rely on FOGO Jake Brannon to get possession and get the ball in the hands of proven finishers Liam Nelson and Jack Rogers.

Newcomers Luke Lemus (attack) and Connor Guerrero (LSM) will fortify the offense and defense, respectively. The two freshmen have been tearing up youth tournaments for years and MaxLax readers may remember Guerrero was named All-World Second Team at the 2017 World Series of Youth Lacrosse.