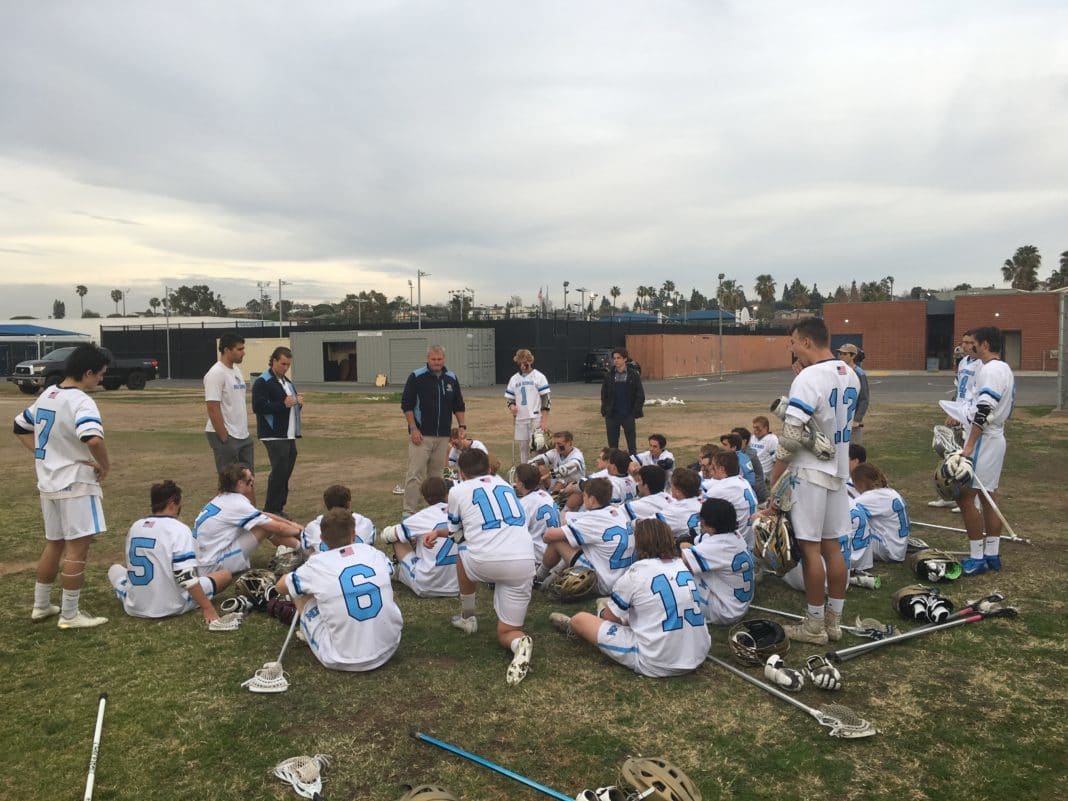 Last season a young Corona Del Mar High boys lacrosse team did not reach the Orange County semi-finals for the first time since 2011.  With senior goalie Kyle Cord backstopping a talented and more seasoned group, CdM hopes to return to the County elite.

Defense is traditionally a CdM hallmark and last season was no different with Cord between the pipes.  The Sea Kings held opponents to single digits in 14 our of their 19 games (10-9 record).  That ability to keep opposing offenses in check means that the Sea Kings are very rarely out of a game as evidenced by their 7-6 overtime loss in the quarterfinals to Santa Margarita last season. That’s how close the Sea Kings came to continuing their streak of three games in May.

Other key contributors from last year’s team include junior attacker Chandler Fincher and junior midfielder Simon Hall, who both were members of the Sea Kings’ football team, which advanced to the CIF-SS Division 4 finals.

CdM also returns to league play this year after several years as an independent.  Their entry into the Sunset League is bound to raise the bar in what was already one of the County’s more competitive leagues.

Mix added that league play is good for the game of lacrosse and that once CIF sanctions lacrosse playoffs, being in a league is a must.

League standings are far more important in the CIF playoff structure than the current system and even the strongest independent teams risk being left out in the cold.

The rest of the Sea Kings’ schedule is still challenging. Some noteworthy games include; 3/16 @ Santa Margarita (rematch of last year’s quarterfinal), 3/30 @ Foothill, 4/3 @ Newport Harbor (Battle of the Bay, which could decide the Sunset League championship), 4/9 @ Novato, 4/13 vs. Trabuco Hills, and 4/20 @ Poway .

Varsity Head Coach G.W. Mix – Mix is in his 10th year as the Sea Kings’ coach and 13th with the program overall. Ever since Mix became head coach, the Sea Kings have never lost in the first round of the playoffs. The Sea Kings won the County Championship back in 2017 and 2012 and won the Southern Section title in 2012, going 24-0.