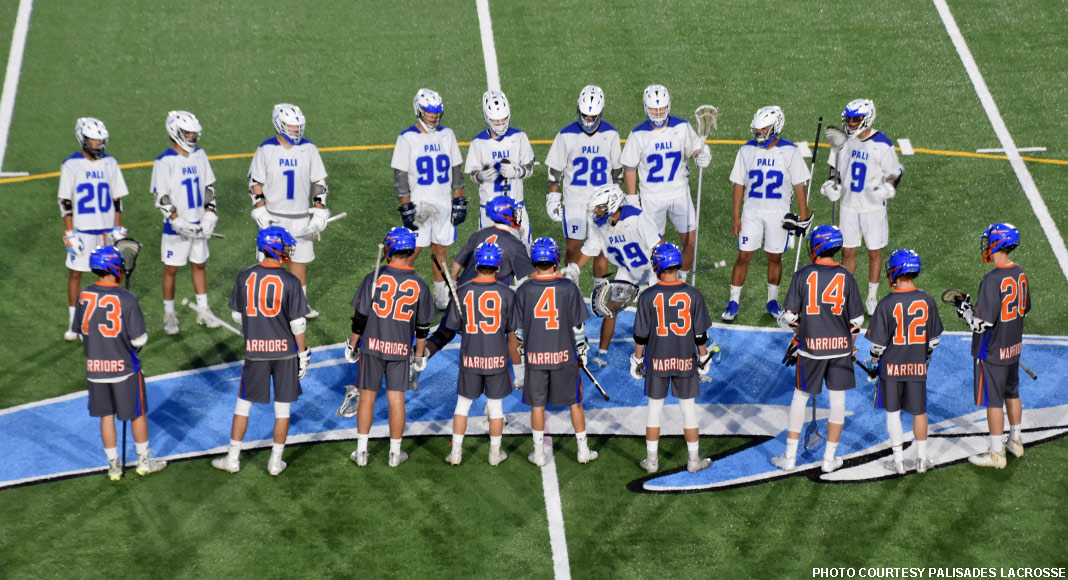 Seamus O’Brien and Duke Cohen each scored four goals during an 11-1 second-half outburst Friday, propelling No. 5 Westlake to a 24-12 win over No. 11 Palisades in a game that was a lot closer than that score suggests.

In fact, the Dolphins stayed right with the Warriors for the better part of three quarters, but O’Brien, Cohen and the rest of the Warriors found another gear and ran away with the nonleague win.

Westlake (8-2) threatened to pull away a couple of times during the first half, building an early lead of 5-1 and leading 8-5 early in the second quarter. But Palisades battled back each time, pulling within 7-5 after one quarter then 9-9 at halftime.

The Warriors’ lead was only 11-10 with 5:05 left in the third quarter. But that’s when Westlake, fueled by O’Brien and Cohen, heated up.