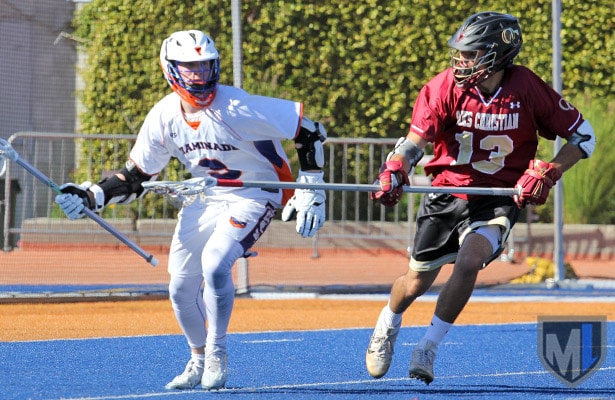 Senior defender Kaveh Torabian of Oaks Christian announced Wednesday he has committed to Boston University as a recruited walk-on, joining the NCAA D-I Terriers’ recruiting class of 2016 as a late addition.

Proud to announce my commitment to Boston University! pic.twitter.com/eufgiAJmlX

Torabian said he considered a number of Division III schools in the New England Small College Athletic Conference (NESCAC) and was recruited by Yale but was not admitted to the Ivy League school.

“After this past summer, [head coach] Andy Shay from Yale expressed some interest in me,” Torabian said vial email. “He told me he didn’t have any more spots for 2016, but he would help me as much as he could in admissions if I applied early decision. So I did, but unfortunately I didn’t get in, despite his help.”

“After he saw my film and talked to Coach Shay, he told me I could play there, so that’s what I decided to do,” Torabian said. “Fortunately, it worked out that they only recruited two poles this year, so he said he was happy to have another one. In a nutshell it’s a recruited walk-on spot, since I didn’t have help in admissions.”

Torabian cited BU’s human physiology program as a factor in his decision, as he is planning to go to medical school.

With the college decision out of the way, Torabian can focus his full attention on helping Oaks Christian (8-7, 5-4) finish strong this spring. The Lions moved up to No. 10 in the latest coaches poll, and Wednesday they upset No. 5 Agoura, 5-4. Oaks wraps up the regular season at home against No. 3 Westlake, a team it beat 14-13 the first time around.

After that, the Lions will await Sunday’s playoff seeding announcement. Oaks did not make the playoffs last season, and in both 2013 and 2014 it lost in the first round as a No. 12 seed.