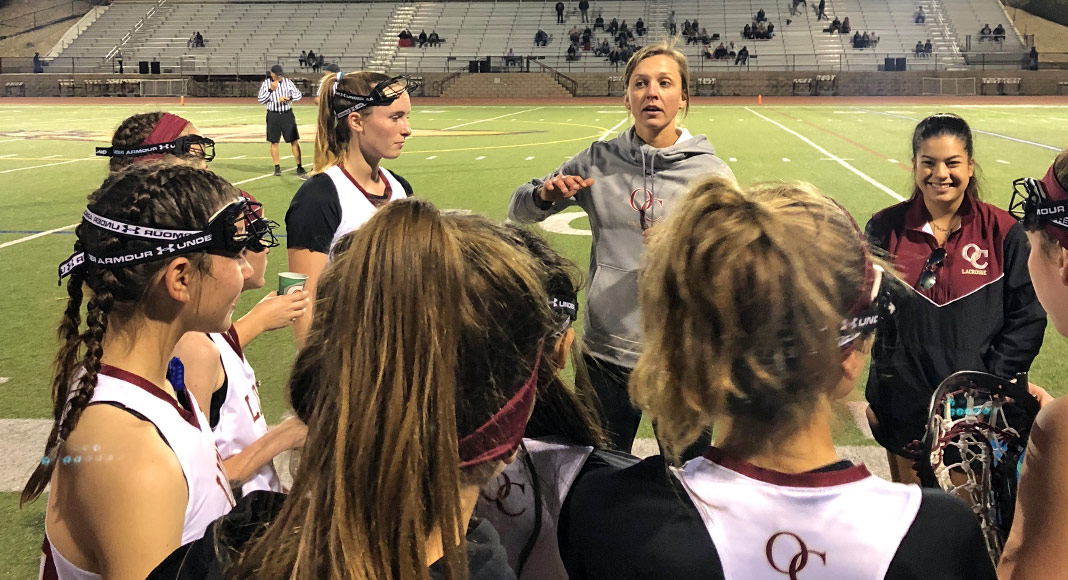 A trio of Oaks Christian freshmen combined for seven goals Friday night, including two late in the second half that secured an 11-9 victory over No. 17 Thousand Oaks for the No. 18 Lions. It was the first time Oaks Christian has beaten the Lancers in the program’s four-year history.

With the game knotted 9-9 late, Spaeth assisted on a goal by Vroman to push the Lions ahead. Spaeth then assisted on a Garcia tally to give Oaks a two-goal cushion that held up.

Early on, it appeared Thousand Oaks (4-5) might keep its winning streak over the Lions rolling. The Lancers jumped out to a 3-0 lead in the game’s first 10 minutes. But Oaks recovered, rattling off six consecutive goals from six different players to lead 6-3. Two Lancers goals made it 6-5 at halftime.

T.O. scored three in a row coming out of the break to lead 8-6, but Spaeth and Garcia scored back-to-back goals to again pull Oaks even at 8-8. After the Lancers went ahead 9-8, Conti scored her second of the game to tie it 9-9 and set the stage for Spaeth, Vroman and Garcia to secure the win for the Lions (5-5).