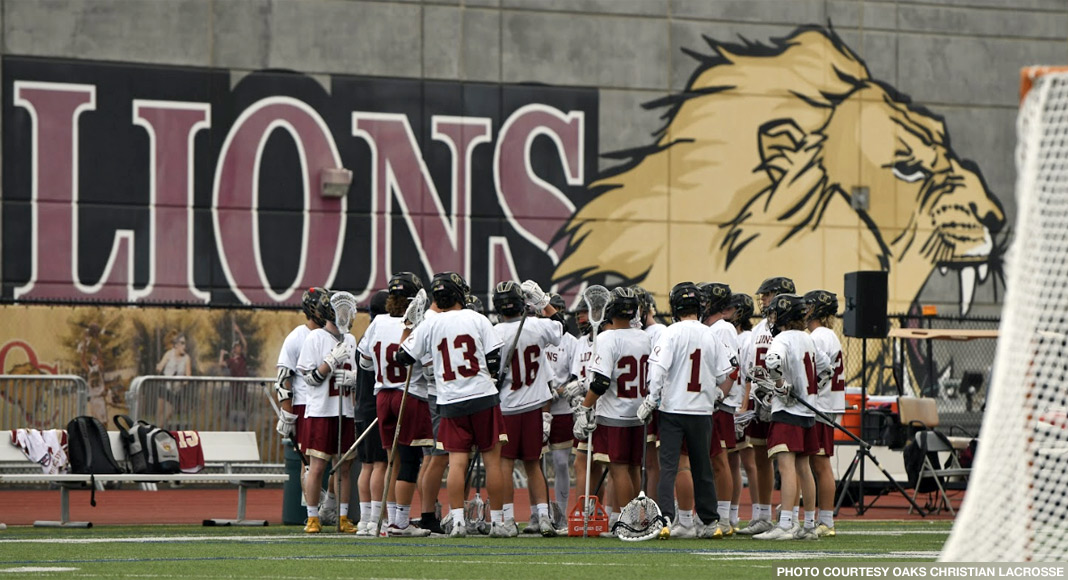 Thursday, Marmonte League co-champion Oaks Christian (15-3) faced another familiar opponent — neighborhood rival and fellow Marmonte co-champ Westlake (12-6). The teams split their two meetings this season, meaning Thursday’s game was for the season series, as well as a spot in the semifinals.

The Lions quickly asserted themselves in pursuit of both goals, taking a 3-0 lead on unassisted goals from Ronny Redell, Cade Rogers and Mike Spaeth. Redell added one more, and Oaks led 4-1 after one.

In the second quarter, the Lions extended their lead to 6-1, but the Warriors answered back with two of their own to make it 6-3. The teams traded goals, then OC tacked on one more to take an 8-4 lead into halftime.

Westlake came out strong in the third quarter, earning much of the possession time, but the Oaks defense, anchored by goalie Mikey Thompson, let nothing find the net. OC’s Presley Regier, though, squeezed in a goal for the lions, who took an 9-4 lead into the final frame.

Oaks extended its lead to 11-4 and appeared ready to run away with it, but Westlake wasn’t finished. The Warriors rattled off four in a row — two by senior defender Will Lyman, who had three in the game, to pull within 11-8 with 1:20 to play. But the rally ended there.

Information for this report was contributed by Oaks Christian Lacrosse and culled from @Westlake_Lax on Twitter.