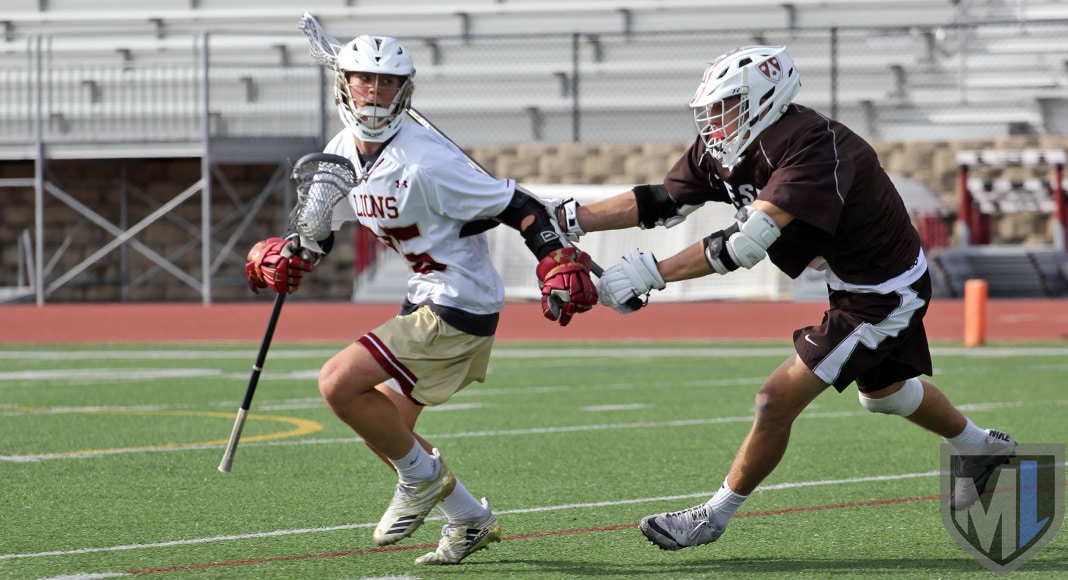 Sophomore Cade Rogers scored three of his six goals in the second quarter Friday, and No. 8 Oaks Christian recorded assists on 10 of its goals in a 16-5 win over visiting No. 9 Crespi.

The Celts actually led 2-1 after one quarter, but Rogers sparked the Lions to a 5-3 halftime lead. The turning point, though, came in the third period, when the Oaks Christian ball movement kicked into high gear. The Lions (9-3) scored four goals in four minutes, all of them assisted, to open up a 9-3 lead midway through the third.

“We’re just trying to play team lacrosse,” Oaks coach Jeremy Sieverts said. “It’s what we teach them every day, and we just fell into the right groove today. I think if we understand that it’s a team offense, a team game, it makes it easy for everyone to do their part. And everyone shares in the success, too.”

Crespi coach Brock Livingston was at a loss to explain how the game turned as quickly as it did.

“I don’t know how to explain it,” he said. “It just falls apart. It’s like, literally, the wheels come off.”

The Celts (7-6) committed 19 turnovers in the game, and their inability to hold onto the ball fueled the Lions’ third-quarter surge.

“I know everybody thinks this is a great team here at Oaks Christian, and they are talented, because they move the ball,” Livingston said. “But they’re not bigger, faster, stronger. But when you can’t two-slide, they’ll get you all day.”

Oaks Christian faces one of its biggest tests of the season Wednesday at No. 5 Westlake in a Marmonte League clash. Crespi plays at home Wednesday against Mission League opponent and fourth-ranked Chaminade.